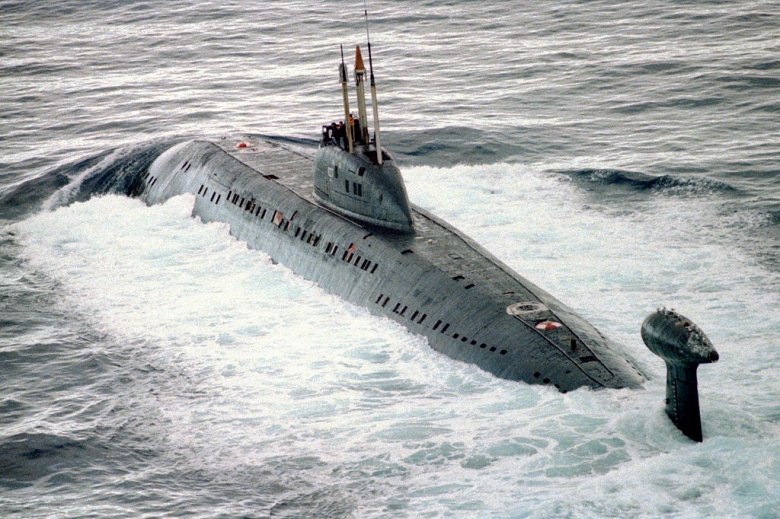 In particular, the first Soviet nuclear submarines struggled to compete with the West in terms of stealth and reliability. After the realization of the first projects, the Soviets decided to undertake a combination of brute force and extremely risky high-tech. The brute force part meant building a submarine capable of moving faster and diving deeper than any Western counterpart; the high-tech part meant innovative hull design, reactor design and materials handling. The result was the Type 705 Lyra (known as Alfa in NATO), a submarine that the West saw as a deep, albeit short-lived, threat to its submarine dominance.

With the Lyra class, the Soviets sought to achieve two objectives. First, they wanted to produce a weapon capable of changing the character of naval warfare in the North Atlantic and the Arctic, a weapon that could threaten the overwhelming surface advantages of NATO’s navies. Unlike their Western counterparts, who preferred multirole platforms, the Soviets were fine submarines dedicated to a single mission: the high-speed “interception” of NATO surface squadrons, especially naval air groups. Second, they wanted to revive technological development, producing innovations that future submarines would incorporate, if only in a fragmentary way. A third incidental objective was to force NATO Marines to spend money and time adjusting to the threat the Lyras would present.

The Lyra class certainly met the second criterion. Following an interim design (the K-162 “Papa” class cruise missile submarine), the Lyras had a titanium hull in order to produce the tolerances necessary for high speed and extreme deep diving. To reduce the size of the crew, the Lyra class used advanced techniques to automate key systems, a move that also improved the crew’s combat reaction speed, although it made repairs and maintenance at sea extremely difficult.

To achieve high speed, the Alfas used a remarkably innovative lead-cooled fast reactor design. This allowed a tremendous amount of power in a compact space. However, it also created staggering maintenance issues, few of which could be solved by the small crew at sea. Indeed, even in port, the Soviet Navy struggled to keep the Alfas in service.

The Lyras could display numbers that no submarine class has matched (except the SSGN “Papa”) before or since. When submerged, they could travel at forty-one knots (and could reach that speed with a surprising degree of acceleration). They could dive to at least 2,200 feet, much deeper than any NATO submarine then or today.

The Alfa’s speed and diving depth enabled it to escape most contemporary NATO torpedoes, although in combat this would also have made it difficult for the Alfa to get into position of attack. Additionally, due to their small size, the Alfas carried a smaller arsenal of weapons than most other Soviet ships, a mix of eighteen to twenty-one torpedoes and cruise missiles. Nevertheless, this arsenal could wreak havoc in a NATO group without the means to react effectively.

The Alfa’s weren’t particularly quiet, especially when approaching at high speed. However, their ability to dive deep gave them stealth abilities, depending on ocean conditions. More importantly, they could overtake and outperform most existing NATO weapons, making them very difficult to catch and kill.

As with the MiG-25 and other Soviet “super-weapons”, NATO took the threat from the Alfa very seriously. Torpedoes and other existing anti-submarine weapons would have a hard time catching the Alfas or diving deep enough to destroy them. Whether out of genuine panic or a desire to use the threat of the Alfas to spur innovation and funding, the US Navy and Royal Navy have embarked on emergency programs to develop sensors capable of detecting Alfas and weapons that could kill them. .

This effort resulted in a few weapons, including the Mark 48 ADCAP torpedo, which can travel at sixty-three knots. The Royal Navy developed a similar torpedo, nicknamed “Spearfish”. The United States has also pursued the “Sea Lance” supersonic missile system, designed to launch a nuclear torpedo or depth charge at ranges of up to one hundred miles. The United States canceled the Sea Lance program at the end of the Cold War, around the same time the Lyra class left service.

The USSR paid dearly for this performance. Nicknamed the “golden fish,” the Alfas even put a strain on the huge budget for building Soviet submarines. In addition, they have generally proven to be unreliable in service, requiring expensive and complex maintenance. Soviet ports often lacked the training and equipment necessary to keep the Lyras functioning. Unlike most of its other Cold War submarine projects, the USSR only built seven Lyras, one of which was more of a prototype than a usable weapon. This first boat was demolished in 1974, after having made a proof of concept.

At the end of the Cold War, the Russian Federation struggled to maintain the Soviet Union’s enormous defense system. Ultra-expensive ships like the Lyras just didn’t make a difference; they could not perform enough critical missions to justify their maintenance. As a result, the Russian Federation withdrew the Alfas soon after the end of the Cold War. In the mid-1990s, all boats were withdrawn and designated for scrapping.

Nevertheless, the Soviets learned a lot from the Lyra experience, notably that the combination of a series of innovative technologies often results in an unreliable ship. The Barracuda (“Sierra” in NATO) class submarines of the early 1980s adopted some of the features of the Alfas, notably the titanium hull, while reducing performance to levels allowing a more maintenance profile. manageable. Barracudas operated much quieter than Lyras and could perform a more varied set of missions. The Shchuka-class attack submarines (NATO: “Akula”) adopted many of the automation techniques developed by the Lyras, allowing them to operate with crews relatively small for their size.

In the last year, various reports have emerged that Russia may attempt to revive the Alfa model with a new class of submarines, using sophisticated new technology to solve some of the problems with the original. As with the Shchukas, some of the technology developed with the Alfas found their way into the versatile Yasen class, but they are very different boats. A new class of smaller ships could complement the large and expensive Yasen by playing the same “interceptor” role played by the Alfas.

But then Russia formulates a lot of plans to develop and build weapons that beat the world, and a lot of those weapons look very impressive on paper. Whether an Alfa successor enters service (especially with performance parameters similar to the original class) is an open question. The Russian submarine industry escaped the collapse of the Soviet Union with better health than the rest of the shipbuilding industry, but still remains much smaller than its Cold War peak. In addition, the Russian defense budget continues to be strained as the Russian economy contracts. The USSR and Russia began to deprioritize the Alfa mission even before the end of the Cold War; a ship with similar capabilities (and presumably of a similar cost, at least initially) should compete with other much more pressing defense priorities.

Robert Farley, a frequent contributor to the National interest, is the author of The Book of Battleships. He is a senior lecturer at the Patterson School of Diplomacy and International Commerce at the University of Kentucky. His work includes military doctrine, national security and maritime affairs. He blogs on Lawyers, guns and money, Dissemination of information and the Diplomat.