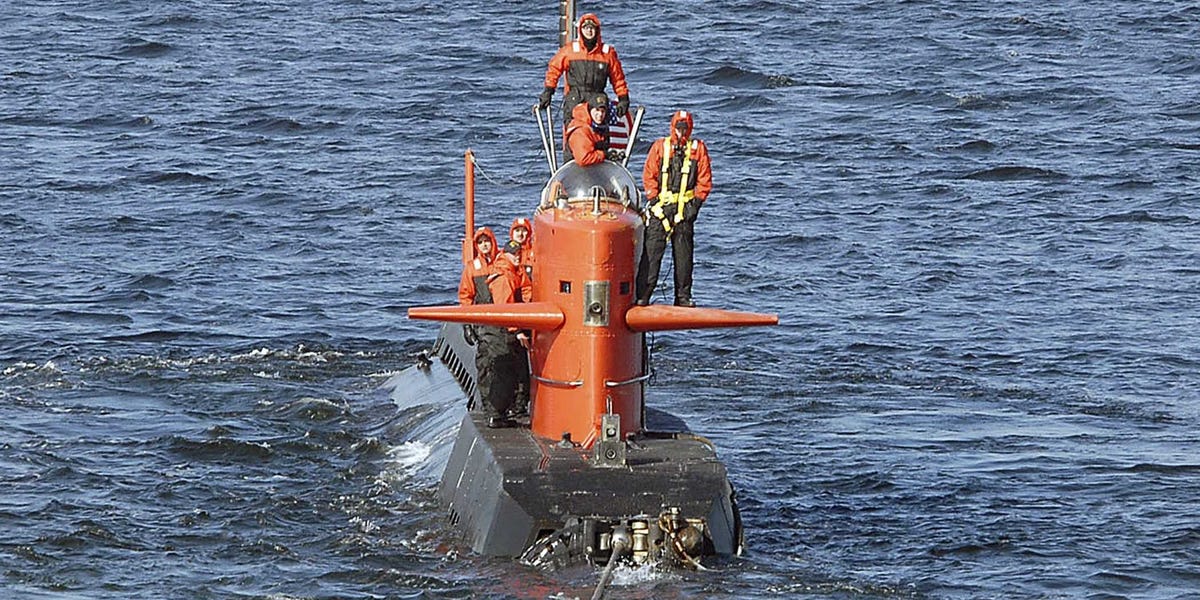 GROTON, Connecticut (AP) – It could dive deeper than any other submarine, and when it reached the bottom of the ocean, the Navy’s unique ship could roll on wheels with lights illuminating them. depths outside its windows.

The nuclear-powered NR-1, launched at Groton in 1969, was one of the most covert ships of the US submarine force.

It was taken out of service in 2008 and dismantled. Now the Navy has collected pieces of it for display in a submarine museum in Groton, where it was based for its entire lifespan.

It was primarily known as a research vessel, but it also carried out a series of military missions that remain secret to this day. Veterans who served aboard the small submarine during the Cold War say it was one of the most fascinating missions of their careers, but even their wives don’t know all the details.

Toby Warson, who served as commander from 1970 to 1973, said he had previously led the submarine in a dangerous military operation in the Mediterranean. The mission, codenamed “Raccoon Hook,” earned him a Distinguished Service Medal, he said, but he had to keep the details to himself.

â€œI finally had to stop wearing the ribbon because when I walked into the officers club everyone asked me how I got it, and I couldn’t tell them,â€ Warson said, who lives in Camas, Washington. â€œThey thought I was being cute. I wasn’t cute. I just didn’t want to go to jail.

Missions that have been declassified include work on an underwater submarine detection array, ocean floor mapping, and the recovery of parts from the Space Shuttle Challenger, which exploded above the Atlantic in 1986.

The 140-foot-long submarine – a favorite project of Admiral Hyman Rickover, the father of the nuclear navy – was powered by a custom-built miniature nuclear reactor and could dive to 3,000 feet. The ten-man crew could stay at sea for up to a month, but they only had to eat frozen televised dinners, bathed once a week with a bucket of water, and burned candles in the water. chlorate to produce oxygen.

The submarine was so slow that it was towed out to sea by a surface vessel, and so small that the crew felt the push and pull of ocean currents.

â€œEveryone on NR-1 got sick,â€ said Allison J. Holifield, who commanded the submarine in the mid-1970s. â€œIt was just a matter of whether you vomit or don’t vomit . “

He did not carry weapons, but he had unmatched abilities. In an era when submarine crews operated submarine cables and deployed with spies in a cat-and-mouse game with the Soviet fleet, the NR-1 was distinguished by a narrow, plunging hull and a retractable arm with a claw that could grab objects on the ocean floor.

Retired officers who served on NR-1 during the Cold War said up to half of its missions were military in nature. Navy History and Heritage Command in Washington and Submarine Headquarters in Norfolk, Va. Said they searched but could not find mission records requested by The Associated Press , and veterans say they have to assume the details are kept private until told otherwise.

In the Navy’s â€œsilent service,â€ every submarine operates in secrecy, but Rickover has protected his particular NR-1 by sharing details of its development and capabilities on a need-to-know basis. The cloak was removed by exploits advertising, including a 1976 mission to retrieve an F-14 fighter with a newly developed missile that had rolled off the deck of an aircraft carrier.

Rickover was considering several submarines like the NR-1, but the cost hampered him. In today’s Navy, unmanned submarines have come so far that the sub-force commander, Vice Admiral Michael Connor, said they could carry out operations that could once have been entrusted to them. to NR-1.

â€œIt’s the kind of thing an unmanned vehicle can do a lot more efficiently than designing a new class of submarines for that specific mission,â€ Connor said in an interview. â€œIt’s a great example of how we take advantage of things like unmanned vehicles. “

Michael Riegel, a former base commander at Groton who also served as an officer aboard the NR-1 in the 1970s, said he would expect a series of reactions if and when all the secrets of the sub- sailor would be revealed.

â€œSome would probably say ‘Damn that wasn’t unusual’,â€ he said. “Some will say ‘Damn it was really great what they did.'”