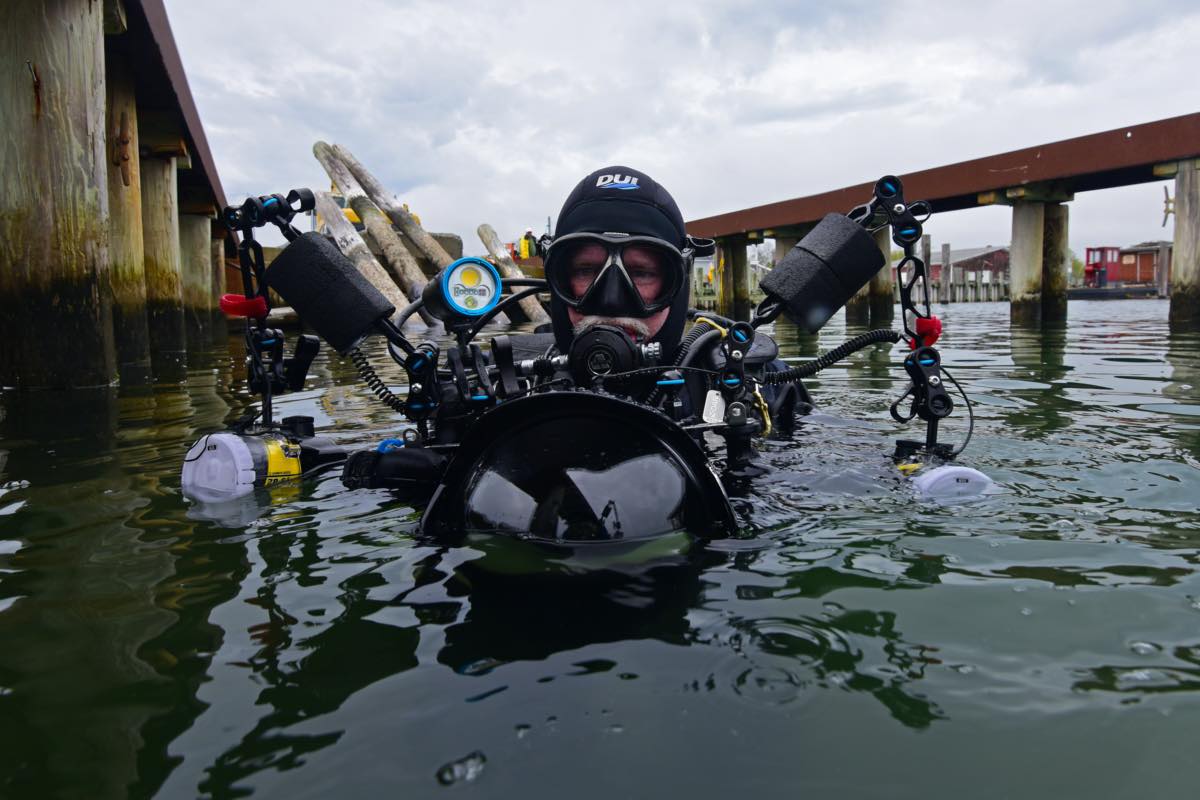 New Suffolk is a sleepy little hamlet tucked away in a corner of the North Fork of Long Island in New York City and located on the shores of Peconic Bay. Historic homes, a few restaurants, a few small businesses, and a shipyard define this quiet and unpretentious community. But a little over a hundred years ago, this city became the epicenter of the development of a new class of military ship: the submarine.

Words and photos from Michael Salvarezza and Christopher P. Weaver

The history of military submarines in the United States dates back to 1776, when a manually operated egg-shaped device named the Turtle became the first submarine capable of independent submarine operations and movements, and the first to use screws for propulsion. But it was not until 1900 that the US Navy commissioned its first submarine, the USS Holland (SS-1). A historical marker commemorates the location of the former subbase

The submarine was named after John P. Holland, one of the early pioneers of submarine construction. Born in 1840 in Ireland, Holland had a vision for building underwater vehicles and by the late 1800s he was actively testing different models with varying success.

The Holland uses the power of the surface internal combustion engine and the power of electric batteries for submerged operations. Many innovative features were also included, such as a command turret from which the steering of the boat could be visually assisted and the submarine’s weapons steered. He could take a crew of six and dive to a depth of 75 feet. The tangled remains of stacks and assorted materials

Testing of this unit has started in the waters around New York City, but the need for secrecy combined with the heavy boat traffic in this area has created problems for Holland. So in 1899 he began to look for a secluded place to test his revolutionary design. He settled in New Suffolk because of its access to protected waters as well as its relative isolation. Here he leased Goldsmith and Tuthill Shipyards and sea trials of his new machines began in earnest.

Tests and demonstrations in New Suffolk ultimately convinced the US government to purchase the Hollandfor the sum of $ 150,000 on April 11, 1900. It became the first submarine ordered by the United States on October 12, 1900.

With the construction and testing of six additional submarines at this site between the years 1899 and 1905, the New Suffolk location quickly became an active submarine base, the very first in the United States. The USS Holland was decommissioned in 1905, sold for scrap, and later parts were on display in Philadelphia, the Bronx, New York and finally Patterson, New Jersey. It was completely scrapped in 1932.

John Holland’s Electric Boat Company eventually became the Electric Boat division of General Dynamics Corporation, with its base in Groton, Connecticut, and was the primary submarine builder for the US Navy for over a century.

Today, the important history of this little corner of waterfront real estate is almost lost over time. A historical marker at the site briefly documents the history of the Dutch submarine base and a few rusty rails and bulkheads are the only remains from this time. Periwinkle snails congregate on the rocks

Our dive to explore the underwater site of America’s first submarine base began on the shore adjacent to the decaying bulkhead. A protected cove, entry is easy and not subject to the action of significant waves. We gradually descended into murky water and immediately stumbled upon rotting woods and rotten wood stilts, perhaps some of the last submerged remains from this period.

Heading due east from shore, we finally cleared a small rocky jetty which provides additional protection from open water. Along the rocks we found spider crabs, small fish and a few Peconic Bay scallops gazing suspiciously at us with their multiple eyes.

Once around the jetty, we swam due north to the abandoned submarine launch pad. Here, as we explored the rusty remains of bulkheads and pilings, taking care to avoid stirring the muddy, silty bottom, our thoughts drifted back in time. What was it like working on those early submarines? How exciting must it have been to launch these experimental and innovative machines alongside these same partitions? The sub-base partition is slowly corroding

The era of innovation was in full swing and the entry into service of USS Holland, built and tested here at this same site, was the first in an unbroken series of submarines that continues to this day. We reflected on the significance of this as we further explored the submerged remains of the base.

Diving in New Suffolk at the site of the John Holland submarine base did not reveal any spectacular underwater relief, nor a large number of artifacts, nor large amounts of marine life. It was a murky dive into an otherwise indescribable place. But murky water was an apt metaphor for the historical significance of this site… as time goes on, sites like these are lost to future developments. At some point, that site will be converted to another objective and the Dutch submarine base will disappear, except in the pages of the history books. We were happy to have explored it both above and below the water. The history of this ancient sub-base resonates through the years

Coming out of the water, we saw an osprey perched on top of one of the stilts. Its distinctive appeal to its mate bounced off the bulkheads of the old subbase, echoed the waters of Peconic Bay and through time to a point in history when this peaceful place was the center of underwater development. As the osprey resumed its hunt, we stopped and reflected on the rich history that lies all along our shores and beneath the waves of our familiar streams.

Words and photos from Michael Salvarezza and Christopher P. Weaver