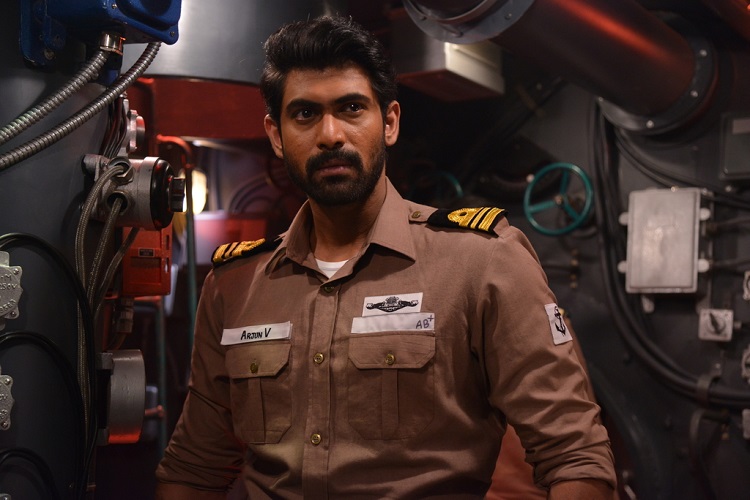 Exploits of a war submarine: “Ghazi”, a Telugu film about the Indo-Pakistani war of 71 and the bravery of the navy

Rana Daggubati talks to TNM about her upcoming film, based on a real-life episode that took place in Visakhapatnam during the Indo-Pakistani War.

Rana’s career took a detour Baahubali, and the actor doesn’t mince his words when it comes to giving all the credit to the film and its director Rajamouli. As he prepares for the release of his next bilingual drama Ghazi, the first Indian film about war at sea, it opens with The News Minute in this candid conversation about slipping into the shoes of a naval officer, shooting long hours inside a submarine, to recreate a forgotten episode of history and how the success of Baahubali gave him the confidence to continue his series of experiments, without having to worry about the outcome.

To play a king in Baahubali to a naval officer of Ghazi – it’s quite a leap in terms of characters. Was it difficult to pull away from Bhallala Deva to play your character in Ghazi?

As a character, it’s very difficult to get out of Bhallala Deva, because he’s so overwhelming and larger than life. The reason I agreed to be a part of Ghazi It was because it was an important story to tell that was forgotten. For Ghazi, the challenge was to have the right look, especially after gaining so much weight for Baahubali. I wanted the audience to feel that they are not looking at the same Rana from Baahubali when they watch Ghazi, and I was only able to achieve this due to intensive and rigorous cardio workout which was followed by a lot of underwater workouts, as over 60% of the movie was shot underwater.

With a very ambitious and experimental project like Ghazi, it would have been safer to collaborate with an experienced filmmaker. However, you have chosen to work with newbie Sankalp Reddy. What did you see in him?

The problem with experienced filmmakers is that they don’t want to make films like Ghazi, and I can totally understand why and I don’t blame them. Originally, Sankalp was trying to make this story into an hour-long movie to be released on Youtube, and had even spent money to build a prototype submarine. When we heard about what he was doing, we realized the potential of the story. We immediately called on Sankalp, who was very knowledgeable about the subject, and paired him with a team of writers.

Eight months later, after we were satisfied with the first draft of the script, we pooled the best technicians available in the country at that time. We brought together cinematographer Madhie, award-winning national editor Sreekar Prasad and a very strong CG team. At the same time, we had to keep costs under control while making sure that the aesthetics and quality of the film were flawless. I grew up watching movies like Crimson Tide, In Search of Red October and U-571, so for me, I didn’t want our movie to be less than that. We tried to bring in people who weren’t in the classic cinema format, someone who could understand international cinema, understand the genre. I think our efforts paid off because those who watched the film unanimously praised it.

Do you believe in the success of Baahubali gave you the confidence to experience, say, a movie like Ghazi?

Absolutely, and there is no denying that I was inspired by Rajamouli, who went there, spent a lot of money and tried to make movies bigger than ordinary things. I certainly would have liked to do a project like Ghazi, but I wouldn’t have ordered it if I hadn’t made a Baahubali, and of course, it takes a team of like-minded people to believe in the big picture. Even though we made this movie in Hyderabad, it has a great Hindi release. Karan Johar and Anil Thadani saw the movie, liked it, and picked it up for release. He’s going to have a pan-Indian release.

Could you talk about the experience of playing a naval officer and shooting a submarine, because you don’t get the chance to do that often?

This is the story of a submariner and their life is completely different. You’ve been inside a submarine for a very long time and you can’t tell the difference between day and night. It’s actually not an easy movie to shoot. At first the idea of ​​filming inside a submarine was very exciting but by the end of the first month of filming I knew a lot of our actors were starting to feel claustrophobic, and it was starting to happen to them. .

There were a few occasions when we missed out on seeing the light of day because we were filming all the time. It was then that we decided to take a break and film other portions on the ground for a few days and then return to the underwater portion. The submarine was built on the basis of a precise design of the Indian Navy. In the 1970s, submarines were made in the USSR, so we had to find a lot of things to match the times and make everything look authentic. The whole experience was quite difficult but it was just as fun because we were doing something that had never been done before on Indian celluloid. 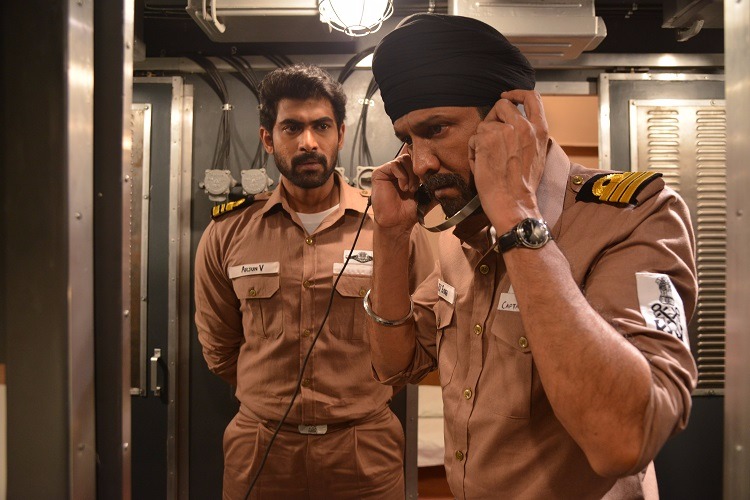 The story is inspired by real events but at the same time there is also an element of fiction. How did you manage to strike the right balance between reality and fiction?

The real part is that the incident took place in 1971 on RK Beach in Visakhapatnam. This war has been classified as a secret and everyone involved has a different take on this story. The Indian Navy will give you a different version; Pakistanis have a totally different view. This is a historical event that most have forgotten while others are not even aware of it. It’s a tribute to the navy, in the sense that we see a lot of films about the police and the army, but we haven’t had enough films on the navy.

The sinking of the Ghazi is an incident where the navy had become glory. It’s a combination of all of those things that you’ll find in the movie. None of us know what really happened on the submarine. This is true in terms of where and when it happened and also in terms of the timeline. But all the characters in the film are fictional.

To post Baahubali, you’ve become the go-to person for larger-than-life stories. Do you agree?

If that’s what people think, I don’t mind because I don’t see anything wrong with it. I like these kinds of stories because they are rarely made in Indian cinema. As a cinephile, this is the kind of movie that I liked to watch growing up. When it came to Ghazi, it was an interesting story to tell more than anything else. To post Baahubali, everyone would have expected me to make a regular commercial film. I have chosen Ghazi because the story is compelling enough to make it a national film because it is about India and Pakistan. It’s a Telugu film because the story takes place in Visakhapatnam.

You’re doing another war-based film in Tamil. How do you stay motivated to make back-to-back films in the same genre?

Even though they’re the same genre, they’re different war movies. One is medieval warfare (Baahubali); the other is war under water (Ghazi) and the third is the war in British India. Each of them, in terms of technique and terrain, is very different and that includes the characters. The reason why I started to be interested in these stories, especially the articles Baahubali, because there have been so many stories in the past that have been beautifully recreated on screen. Without the power of cinema to recreate any scenario, we would not have had a Brave Heart Where The Patriot. That’s why I felt the need to make these kinds of films at this point.

You have successfully completed Baahubali 2. Looking back, what kept the team motivated and united for nearly five long years?

It’s something I’ve always wondered about. It has been four years since we started working on the project. There were two things that kept us going. First, it is Rajamouli’s strength and incredible drive when it comes to getting things done. I can speak on behalf of all the actors because I have worked closely with them. Every day when you are on the set you take pride in doing something that has never been done before in Indian cinema, and it is something that every actor thrives on.

In Baahubali, everything I did was special because I had done it for the first time. Whether it was the chariot I was driving or the costumes I was wearing or the lines I was speaking, and there was no point of reference for any of that in Indian cinema. This is something that got us all excited. Second, every time you step into Baahubali together it dominates you and it is multiplied when the visual effects kick in. You are constantly motivated by what you are doing on this project. You can do boring action, but if it sounds cool I’m sure everyone would be excited and motivated to work harder. That’s the kind of high we got while working on this project.

How was an American submarine sunk during the Civil War recovered?