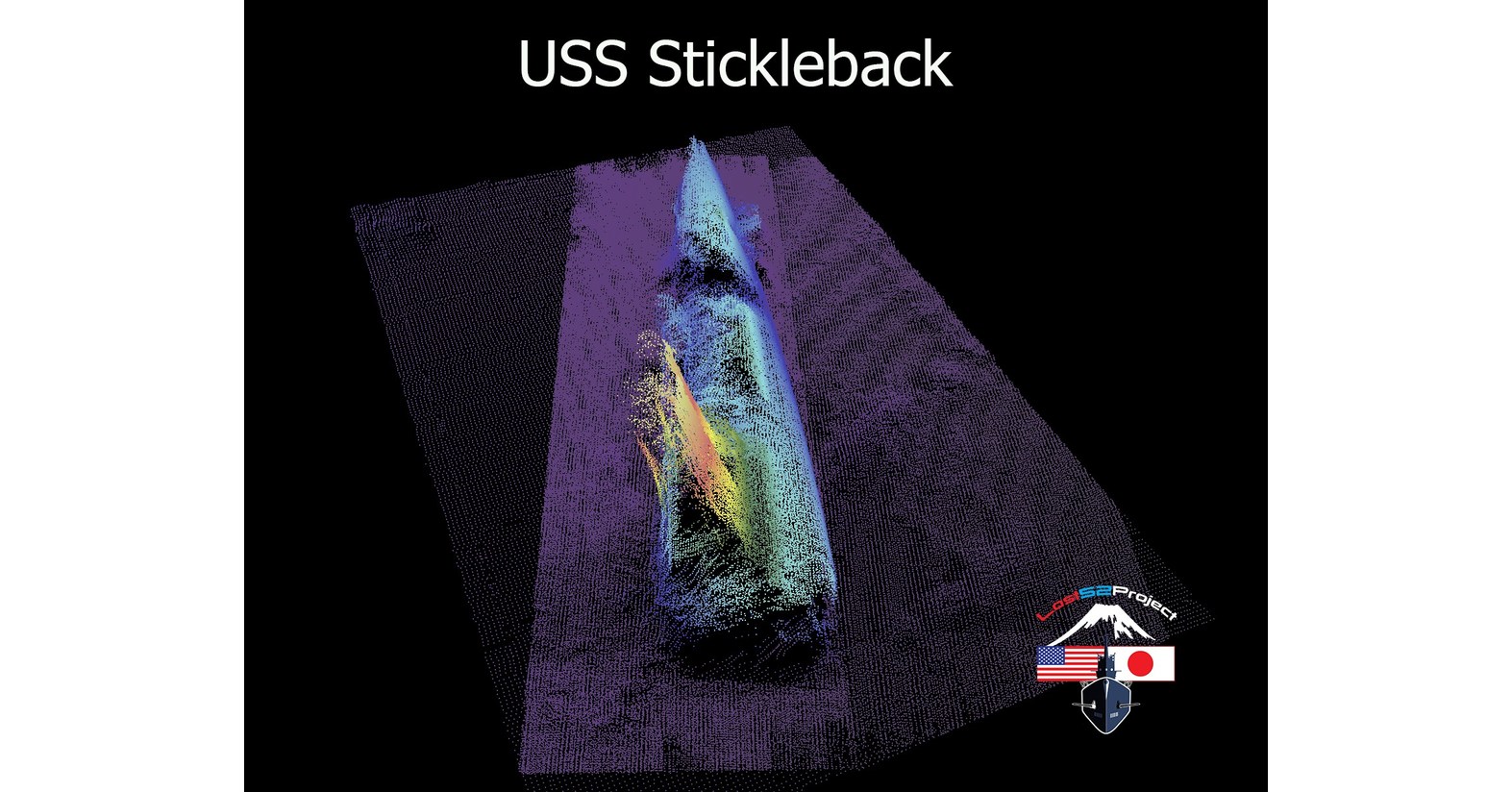 NEW YORK, March 10, 2020 / PRNewswire / – Veteran Ocean Explorer and CEO of Tiburon Subsea Tim taylor and his team “Lost 52 Project” added to their list of ocean discoveries with the USS Stickleback (SS 415). The USS Stickleback was lost 62 years ago in nearly 11,000 feet of water and is one of four submarines that suffered this fate during the Cold War.

The World War II Stickleback submarine entered service on March 29, 1945. She was deployed to Guam and began its first war patrol on August 6e when she left for the sea of Japan. She arrived the following week and began her patrol. During this period, atomic bombs had been dropped on Hiroshima and Nagasaki and it was believed that the war would end shortly.

The stickleback had only been in the patrol area for two days when the ceasefire order was adopted. She remained in the area and, the 21st of August, she saw two bamboo rafts containing 19 survivors of a cargo ship. They were embarked for 18 hours, fed, fed, cared for and floated a short distance from one of the Japanese islands.

The stickleback has returned to Guam to September 9, 1945. She left for United States the next day. She arrived in San Francisco and participated in the parade of the Third Fleet on September 28. After a short cruise to the Hawaiian Islands, the stickleback was decommissioned and placed in reserve on June 26, 1946.

The stickleback was returned to service on September 6, 1951 and served in San Diego, Calif., as a training ship. It was disarmed a second time on November 14, 1952 and converted to a Guppy IIA type submarine. Returned to service on June 26, 1953Stickleback joined Sub Squadron 7 at Pearl Harbor. Épinoche supported United Nations forces in Korea from February to July 1954 when she came back to Pearl Harbor. From 1954 to 1957, she conducted intelligence gathering operations off the coast of Soviet Union.

At May 28, 1958, Stickleback was participating in an anti-submarine warfare exercise with the escort destroyer USS Silverstein (DE 534) and a torpedo scavenger in the Hawaii area.

During these exercises, the submarine had just completed a simulated torpedo on Silverstein and was diving to a safe depth when it lost power and descended uncontrollably to nearly 800 feet. Emergency buoyancy ballast was added and the vessel quickly mounted only to pass approximately 200 yards (180 m) ahead of the escort destroyer. Upon consent, a rocket could not be fired because the crew had evacuated the aft torpedo room. The collision alarm was triggered and Silverstein backed up fully, rudder fully to the left, but could not avoid a collision. The result was a hole in the submarine on its port side and the loss of the submarine.

Remarkably, there were no deaths. The crew of the Pinoche was kidnapped by the torpedo boat and combined efforts were made by several ships to save the submarine. Rescue ships tied lines around her, but all compartments were flooded and the Stickleback sank in 1,800 fathoms (3,300 m) of water.

The stickleback is the third submarine to be discovered of four US Navy submarines lost since the end of World War II. The USS Cochino (SS 345), USS Thresher (SSN 593) and USS Scorpion (SSN 589) were also lost during the Cold War.

“Project Lost 52 continues to expand our work to search for other lost WWII ships. Coming from a historic discovery of the USS Grayback and the final resting place of its 80 valiant offshore crews Japan, I am proud of this recent discovery of the Cold War which honors men, their memory and their mission. “ Taylor States

“We are grateful for the respectful and non-intrusive work of Project Lost 52 in locating and documenting Navy submarine wrecks,” said Dr. Bob neyland, Chief of the Directorate of Underwater Archeology of the Naval History and Heritage Command. “Each discovery assists Naval History and Heritage Command in its mission to preserve and protect sunken Navy military ships and provides an opportunity to remember and honor the service of our sailors and Marines.”

The stickleback discovery is part of the ongoing “Lost 52 Project” supported in part by STEP Ventures and has been recognized by JAMSTEC (Japan Agency for Marine-Earth Science and Technology) as the first and most comprehensive sub-archaeological expedition. marine at sea in Japan. waters.