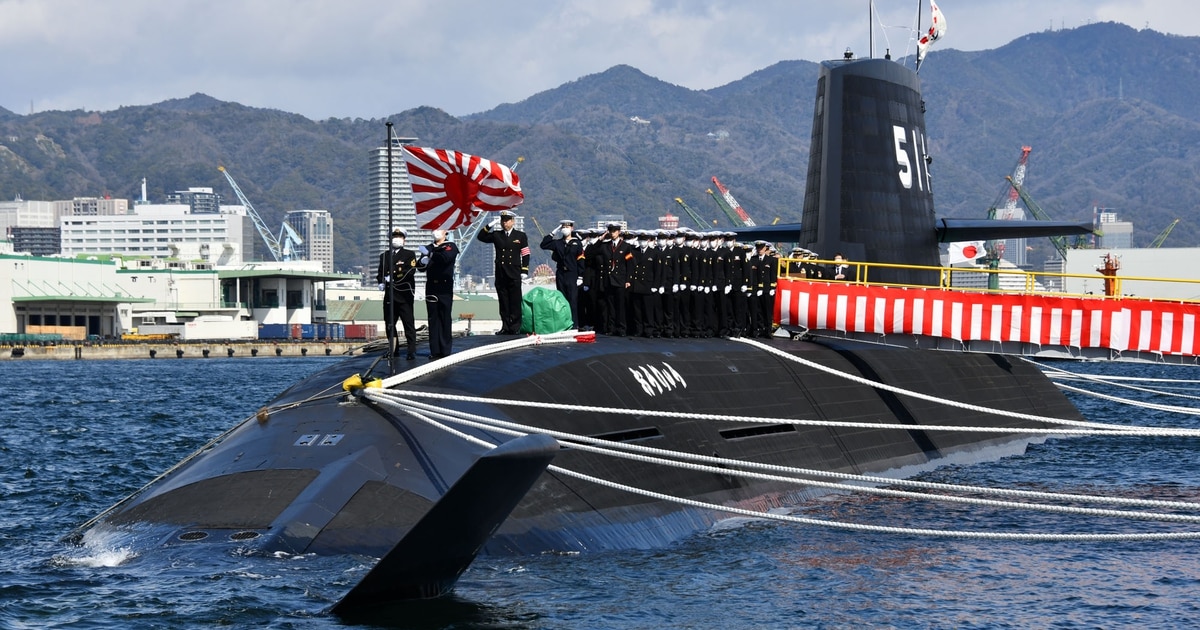 In a ceremony at the Mitsubishi Heavy Industries shipyard in the city of Kobe, authorities welcomed the diesel-electric attack submarine Ouryu, where it will be assigned to the 1st submarine flotilla in the nearby port. by Kure.

The Ouryu is the sixth Soryu class boat to be built by MHI, Kawasaki Heavy Industries has built five more and built the 12th and last submarine of this type ordered by Japan. The Ouryu was launched in October 2018.

Ouryu and the last boat in its class, which will be christened Toryu, will be slightly different from the first boats in the class, as they will use lithium-ion batteries manufactured by GS Yuasa instead of Stirling cycle engines which recharge the lead-acid batteries. traditional for submerged operations.

Speaking at a presentation in 2017 in Singapore, former head of the Japanese Maritime Self-Defense Force’s submarine fleet, Vice Admiral Masao Kobayashi, said the batteries used in the Ouryu and the Toryu are lithium-nickel-cobalt-aluminum oxide batteries, or NCA. He said the technology requires less maintenance and is capable of greater endurance at high speeds when submerged compared to lead-acid batteries.

Other benefits cited by Kobayashi include shorter charging time and longer lifespan. The latter factor would mean that fewer battery changes are required over the life of the submarine.

However, he admitted that this is offset by higher acquisition costs due to the new technology, with the Ouryu costing the equivalent of $ 608 million in the contract compared to the cost of $ 488 million in the construction of the 10th Soryu class boat.

Japan introduced lithium-ion batteries in its submarines after a long period of development and testing, which began as early as 2002. Extensive testing began in 2006.

The Soryu class moves 2,900 tonnes above ground and 4,200 tonnes submerged, measuring just under 275 feet in length. Its top speed is 13 knots on the surface and 20 knots underwater. Each boat has a crew of 65, is equipped with six torpedo tubes, and can carry up to 30 21-inch heavy torpedoes, Harpoon anti-ship missiles, or mines.

After the Soryus, Japan will introduce a new class of submarines, which is currently only known as the 29SS, named Heisei 29, or the 29th year of the reign of former Emperor Akihito, which corresponds to year 2017 in the Gregorian calendar.