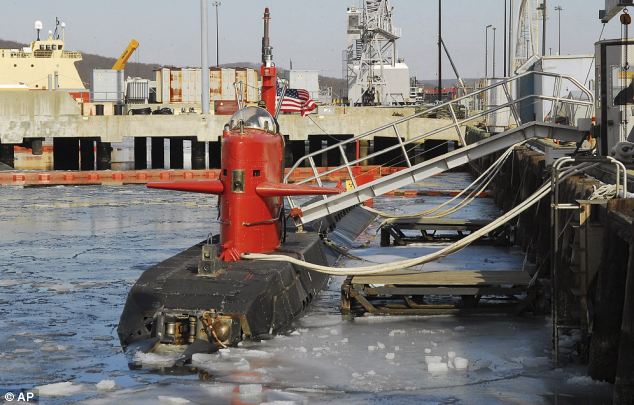 Life aboard the Navy’s top-secret Cold War submarine: dismantled NR-1 ship brought back to life for exhibit on its dangerous missions

Life aboard the Navy’s top-secret Cold War submarine: dismantled NR-1 ship brought back to life for exhibit on its dangerous missions

The remains of a tiny, top-secret submarine that could dive deeper than any other ship and that was used in the recovery of the doomed Challenger shuttle have been exposed.

The NR-1 submarine carried out Cold War operations in such a way that its 10-man crews remain in secrecy to this day.

He had a claw for picking up items from the bottom of the sea – crucial during the days when the Americans and the Soviets exploited underground cables – and even went in search of fragments of the space shuttle Challenger, which exploded during the take off in 1986.

The NR-1, pictured in 2007, was one of the most advanced and secretive submarines in the US Navy. It has since been dismantled and pieces have been on display in Groton, Connecticut, where it first debuted in 1969.

NR-1 was launched in Groton, Connecticut, in 1969, where he remained much of his time until he left service in 2008.

The top-secret submarine has been dismantled, but the US Navy has now salvaged pieces of it for display in its home port.

Veterans who served aboard the small submarine during the Cold War say it was one of the most fascinating memories of their careers – but even their wives don’t know all the details.

Yet, to this day he is prohibited from telling anyone – even officers – what he did to earn it. 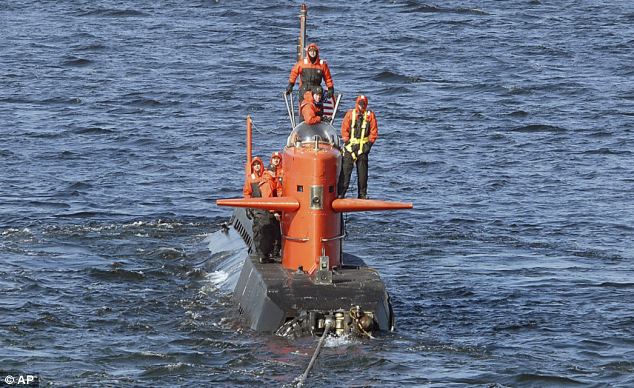 Commander Tony Warson won a Distinguished Service Medal for his three years aboard the NR-1, pictured, but is prohibited from telling his fellow officers why. â€œI was not cute,â€ he said. “I just didn’t want to go to jail”

â€œI finally had to stop wearing the ribbon because when I walked into the officers club everyone asked me how I got it, and I couldn’t tell them,â€ Warson said, who lives in Camas, Washington.

â€œThey thought I was cute. I was not cute. I just didn’t want to go to jail.

The one-of-a-kind, custom-built ship carried no weapons, was only 140 feet in length, and only traveled at four knots, but held ten men for up to a month at a time.

It was a favorite project of Admiral Hyman Rickover, the “Father of the Nuclear Navy,” and contained a custom-built mini nuclear reactor that powered it up to 3,000 feet deep.

Once on the seabed, he had wheels and lights to explore the ocean floor.

It was primarily a research submarine, but it also carried out Cold War military missions which remain highly confidential.

The NR-1 missions that have been declassified include an underwater submarine detection operation and seabed mapping.

It was used in 1976 to recover an F-14 fighter that had rolled off the deck of an aircraft carrier with a newly developed missile. 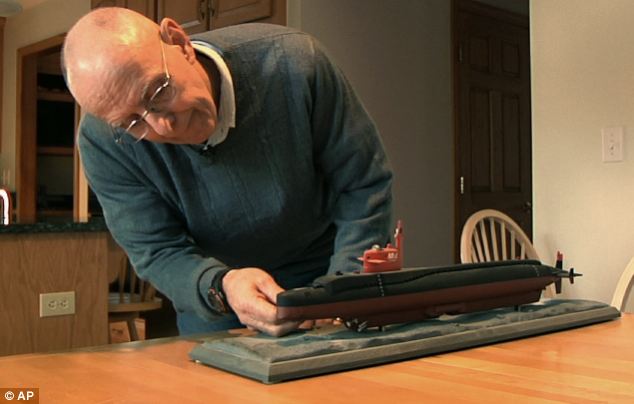 Yet the slow submarine had to be towed out to sea by a surface boat to save time, and it was so small that the crew could feel every pitch and roll of the current.

The long-suffering men also had to survive on frozen TV dinners, bathe once a week with a bucket of water, and burn chlorate candles to produce oxygen for breathing.

Former Commander Allison J Holifield said, â€œEveryone on NR-1 got sick. It was just a matter of whether you are throwing up or not throwing up.

Admiral Rickover – who gave NR-1 a much higher level of secrecy than was normal during the Cold War – wanted several of the submarines but was stopped by high costs.

Michael Riegel, a former base commander at Groton who also served as an officer aboard the NR-1 in the 1970s.

He was photographed five years ago with a model of the submarine, which was also a highlight of his career.

If the secrets of NR-1 were to be revealed, he said: “Some would probably say, ‘Well, that was not unusual. â€œSome will say ‘Gee, it was really great what they did’.

But if and when that will happen, it’s up to everyone to guess. Because the former sailor, like everyone else, remains silent on the biggest secrets of the US Navy.