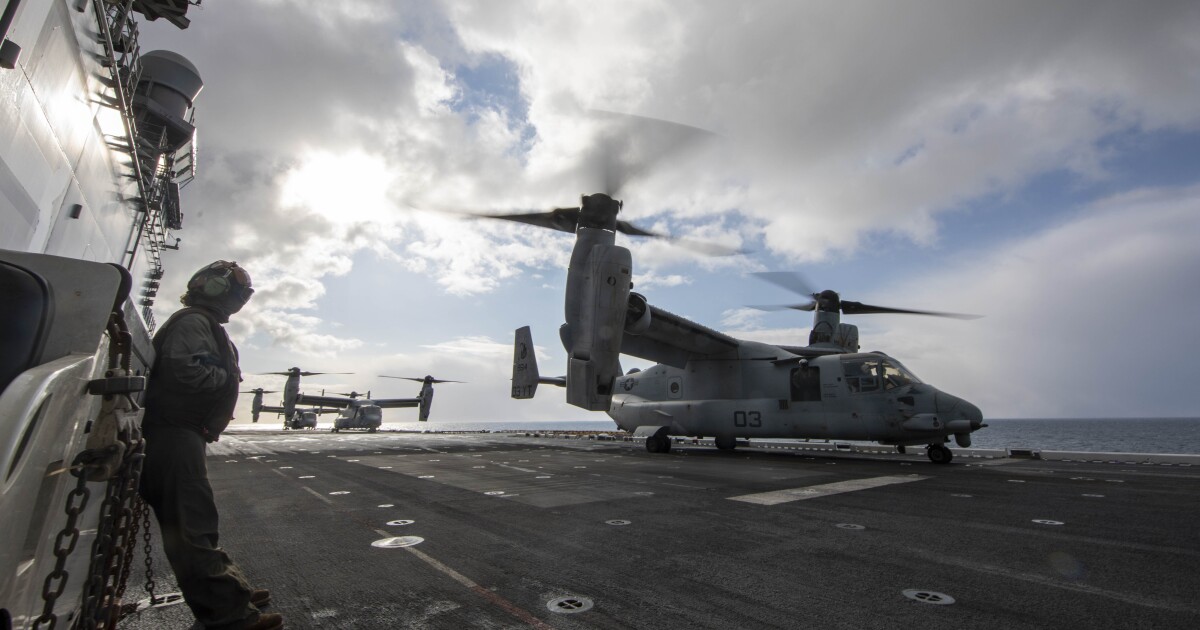 After a seven-month deployment to the Middle East and Africa, the more than 5,000 Marines and Sailors of the 15th Marine Expeditionary Unit began disembarking at Camp Pendleton on Friday, the Marines said in a statement.

The unit supported the withdrawal of US troops from Somalia as well as operations in Iraq and Syria. Following its combat support and training missions, the unit traveled to Alaska this month to participate in a joint training exercise, which means the unit has moved from the hot, desert climates of the Persian Gulf with cold arctic waters.

“The 15th MEU and ARG from Makin Island deployed during an unprecedented pandemic and demonstrated the ability of the Navy and Marine Corps team to safely and successfully conduct operations in a COVID-19 environment, “said Colonel Fridrik Fridriksson, commander of the MEU. , in a report. “I am incredibly proud of the professionalism, tenacity and mental resilience displayed by our Marines and Sailors.”

The months leading up to the deployment were marked by disaster.

The unit was training for a deployment near San Clemente Island in July when a Marines’ amphibious assault vehicle suffered a series of catastrophic mechanical failures and sank, killing nine young servicemen. A Marine Corps investigation found that the unit’s AAVs were in poor condition and should not have been in the water that day. In addition, the Marines and sailors of the battalion landing team were not properly trained in water evacuations.

The Marines opened another investigation in April to focus on training the 15th MEU after outcry from family members of some servicemen killed in the crash. Marine Expeditionary Units consist of Marines from different commands, such as Infantry, Air Force, and Supply, who come together to train and deploy. The investigation examines the impact of training and material readiness on unit training, the Marines said.

Major-General Robert Castellvi, the former commanding general of Camp Pendleton-based 1st Marine Division tasked with training the MEU, has been suspended from his new position as Corps Inspector General this month pending the results of the last survey.

USS Squalus and the first submarine rescue in U.S. history