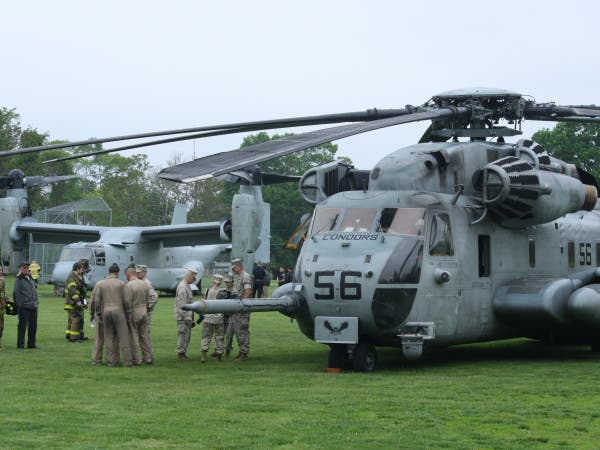 Navy and Navy helicopters to land at Eisenhower Park on Saturday

The two helicopters will land on Saturday May 27, but at different times. First of all, at 10 o’clock, it is the landing of the Navy. The Leap Frogs, the US Navy’s parachute team, will perform an air parachute demonstration showcasing the skills of the Naval Special Warfare Team. In addition, a combined team of members of the US Navy Explosive Ordnance Disposal (EOD) team and a maritime combat helicopter squadron will present a mine countermeasures demonstration.

Then, at 12:30 p.m., the Marines disembark. The CH-53 Sea Stallion, MV-22 Osprey and AH-1W Cobras will perform an area sweep and transport a Marine Raid Force to the landing zone. The Marines will perform an assault demonstration, after which the helicopters will land and be available for public display, along with weapons typically used by a Marine Corps rifle platoon.

Helicopter landings will take place at the kite field, just south of the Veterans Memorial at Eisenhower Park, with parking at lot 6A and adjacent parking lots. New security rules have redefined spectator areas, so everyone is advised to arrive early.

Northwell Health will also be present at the event with exhibits, vehicles, entertainment and support for participating military personnel.

How was an American submarine sunk during the Civil War recovered?