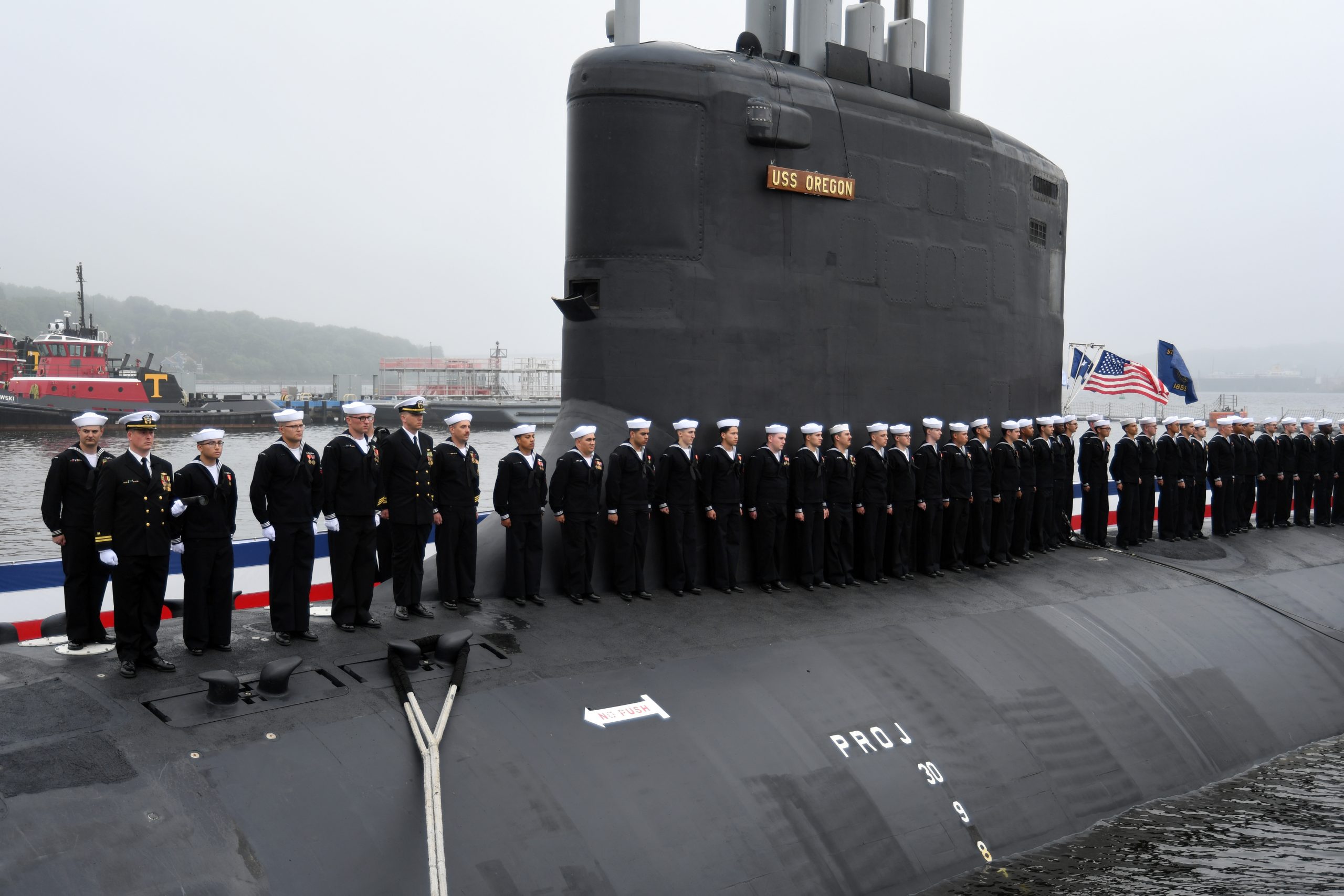 The USS Oregon officially joined the U.S. Navy fleet on Saturday, marking the first ship named after Beaver State in more than a century. The Navy commissioned the fast-attack submarine in a traditional ceremony at Naval Submarine Base New London in Connecticut on Saturday.

“The people of Oregon are deeply honored to have the 20th Virginia-class submarine named after our state,” said Oregon Governor Kate Brown, a guest speaker at the ceremony.

The Memorial Day weekend event for USS Oregon – the second of the Block IV Virginia-class submarines – represented the first in-person submarine commissioning ceremony since the USS South Dakota was commissioned on February 2, 2019.

“This is the first in-person commissioning ceremony for a submarine in more than three years, and it’s a long time to delay celebrations like this,” said Tommy Ross, practicing the duties of Assistant Secretary of the Navy for Research, Development, and Acquisition. , told the audience on Saturday.

Due to restrictions on large gatherings in response to the Covid-19 pandemic, the 2020 commissionings of the USS Vermont and USS Delaware have been administratively completed, with ceremonies held at later dates in 2021 and 2022 to retroactively celebrate the milestones.

The newest ship is the third U.S. Navy ship launched to bear the Oregon name, but the first in more than a century. The first, named after Oregon Territory before Oregon became a state, was a brigantine in service from 1841 to 1845.

The second was an Indiana-class battleship commissioned in 1896 which saw action in the Spanish-American War before being decommissioned for the last time in 1919. Oregon was loaned to her home country for a museum ship for 20 years before serving as an ammunition depot during the Battle of Guam in 1944.

There was also a CSS Oregona wooden sidewheel steamer that served as a gunboat in the Confederate States Army during the Civil War before being scuttled in 1862.

“As we commission Oregon today, the torch has passed from our naval history to the present day,” Ross said. “First, a brig named Oregon served as an exploration vessel in the mid-19th century.

USS Oregon is 377 feet long, has a beam of 34 feet and is capable of diving to depths in excess of 800 feet and operating at speeds in excess of 25 knots. She has a crew of nearly 140 Navy personnel.

USS Oregon is 377 feet long, has a beam of 34 feet and is capable of diving to depths in excess of 800 feet and operating at speeds in excess of 25 knots. She has a crew of nearly 140 Navy personnel.

“The passion, courage and enthusiasm of the Oregon crew carried the ship to sea and were essential to the completion of construction and trials,” said Commander Lacy Lodmell, commanding officer of the USS Oregon.

“I was deeply honored to see you become a team ready to undertake any mission entrusted to us. They are without a doubt the best crew I have had the pleasure of serving with.

The submarine Oregon was previously christened in a traditional ceremony at General Dynamics Corp’s Electric Boat shipyard. in Groton, Connecticut on October 5, 2019.

Dana L. Richardson, wife of former Chief of Naval Operations Admiral John Richardson, is the ship’s sponsor. During Saturday’s commissioning, Dana Richardson gave the crew the traditional order to “lead our ship and bring her to life,” after which OregonSailors from ceremoniously raced aboard the submarine.

They are designed to excel in anti-submarine warfare, anti-ship warfare, offensive warfare, special operations, intelligence, surveillance and reconnaissance, irregular warfare and mine warfare.

Fast attack submarines project their power ashore with special operations forces and Tomahawk cruise missiles in the prevention or preparation for regional crises.

“The Oregon and other Virginia-class submarines will not only maintain, but exploit our advantage in submarine warfare,” Admiral Frank Caldwell, director of the naval nuclear propulsion program, said at the ceremony. of Saturday.

“Soon, Oregon will use its stealth, flexibility, superior firepower and endurance to travel silently across the world’s oceans undetected, gathering intelligence, preparing for combat and – if necessary – striking from the depths. quickly without warning to answer the call of the nation.”

The Block IV Virginia-class submarines incorporate design changes focused on reducing the total cost of ownership. By making these design changes on a smaller scale to increase the life cycle at the submarine component level, the Navy will increase the periodicity between depot maintenance availabilities and increase the number of deployments.

The master of ceremonies was Lieutenant Commander Collin Hedges, executive officer of the USS Oregon.

Help us build a sustainable news organization to serve Canby for generations to come! Let us know if you can support our efforts to expand our operations and keep all of our content paywall-free. #SwimWithTheCurrent!

Fed Says 12% of Americans Own Crypto: Is Adoption About to Increase?