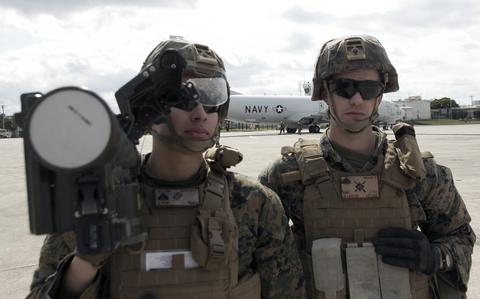 ABOARD USS MIGUEL KEITH, East China Sea – Two Navy MH-60S Seahawks buzzed Saturday afternoon at this expeditionary mobile base as it skirted USS Green Bay and USS Ashland off off the coast of Okinawa.

One of the helicopters came to rest above the flight deck of the Miguel Keith as a dozen members of the 31st Marine Expeditionary Unit fast-roped down. Within minutes they had climbed up and into the ship’s imposing wheelhouse, guns pointed at crew members wearing red vests and Russian-style fur hats.

“Show me your hands,” a Marine shouted at the fake enemy.

The raiding party of Marines and Navy SEALs was among 15,000 U.S. Sailors and Marines and another 1,000 members of Japan’s Self-Defense Forces who participated in Noble Fusion 2022 between Thursday and Monday.

It was the largest exercise of its kind since two Amphibious Ready Groups and two Maritime Expeditionary Units combined in the Indo-Pacific region in 2018, Navy Lt. Cmdr. Sherrie Flippin, spokeswoman for Task Force 76, told Stars and Stripes. 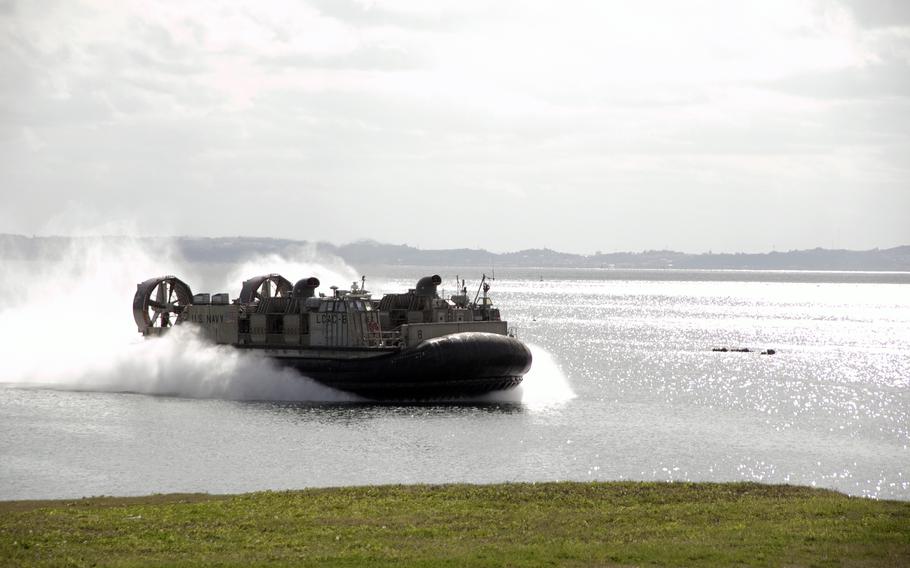 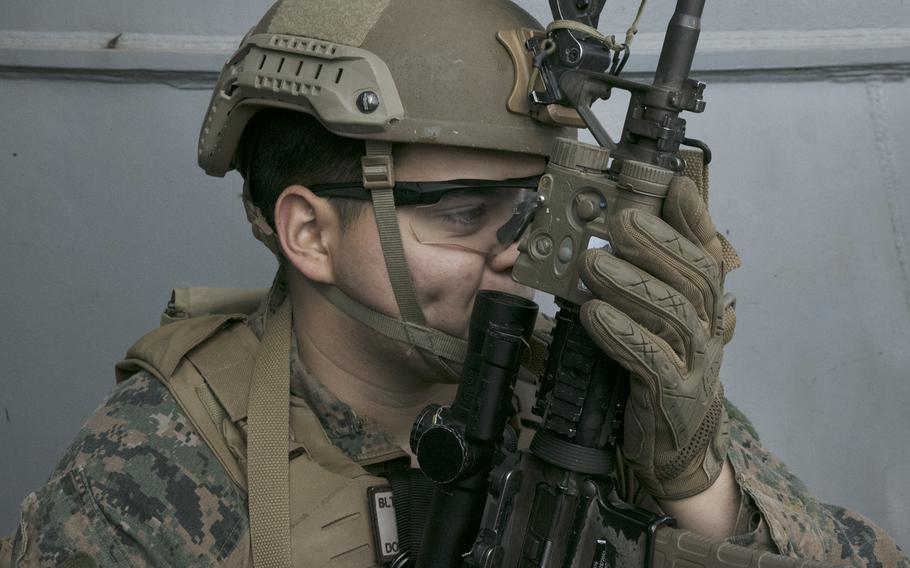 A member of the 31st Marine Expeditionary Unit serves as security aboard the USS Miguel Keith during visit, advise, search and seizure training, as part of Exercise Noble Fusion, in the Sea of Eastern China, February 5, 2022. (Matthew M. Burke/Stars and Stripes) 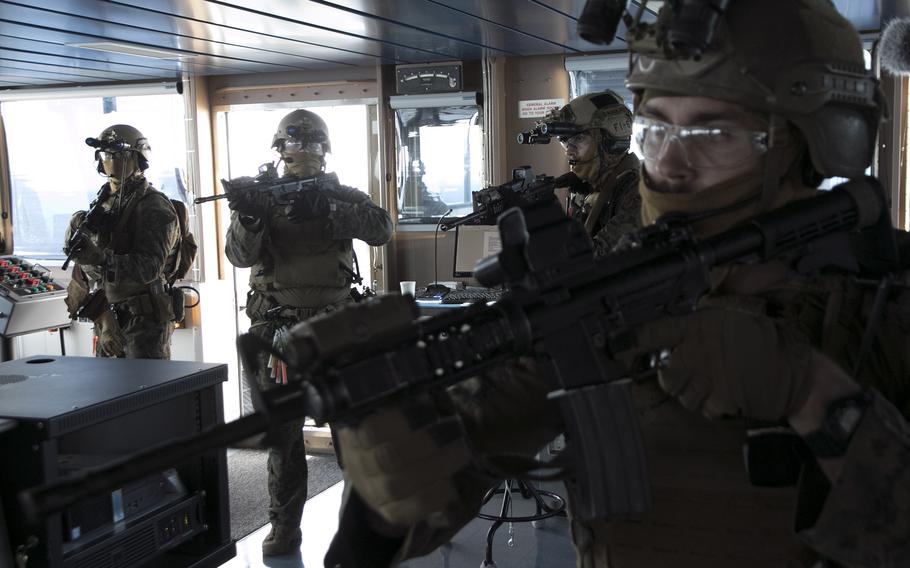 Members of the 31st Marine Expeditionary Unit enter the wheelhouse of the USS Miguel Keith during a visit, board, search and seizure training, as part of Exercise Noble Fusion, in the East China Sea, Feb. 5, 2022. (Matthew M. Burke/ Stars and Stripes)

Noble Fusion included a wide range of maritime forces: the aircraft carrier USS Abraham Lincoln and Carrier Strike Group 3, the 31st and 11th Marine Expeditionary Units, and the Expeditionary Strike Group 7 and Amphibious Squadron 1, which joined en route to the United States from the Middle East.

Their training included air-to-ground strikes by aircraft, air-to-air refueling, sea and land raids, as well as expeditionary forward base operations, a relatively new Navy combat doctrine that calls for forward bases scattered across small he is.

The exercise did not target any particular potential adversary, such as China, Expeditionary Strike Group 7 commander Rear Admiral Chris Engdahl said from the Miguel Keith during a break in the action.

Instead, Noble Fusion was meant to demonstrate the ability to mass forces and move quickly as well as strengthen partnerships, he said. 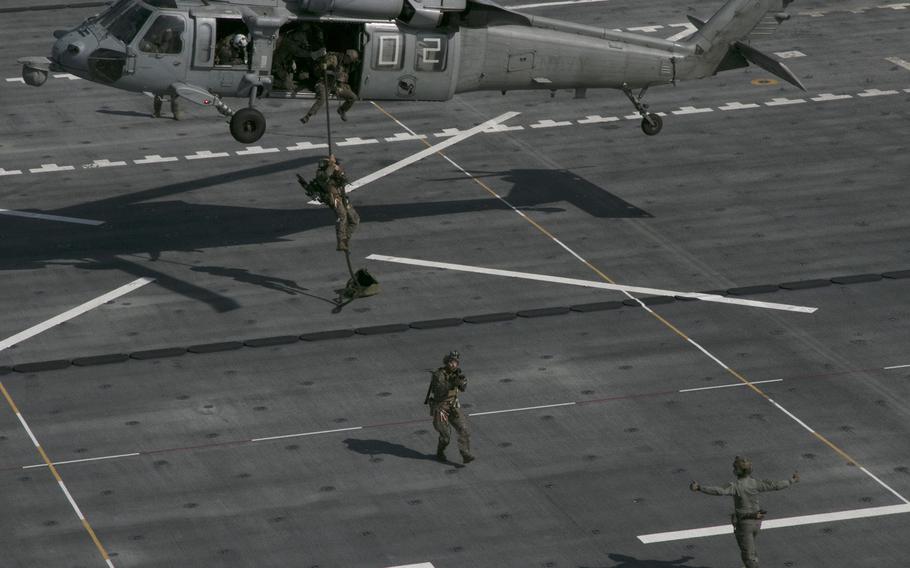 Members of the 31st Marine Expeditionary Unit soar on the USS Miguel Keith during a visit, board, search and seizure training, as part of Exercise Noble Fusion, in East China Sea, February 5, 2022. (Matthew M. Burke/ Stars and Stripes) 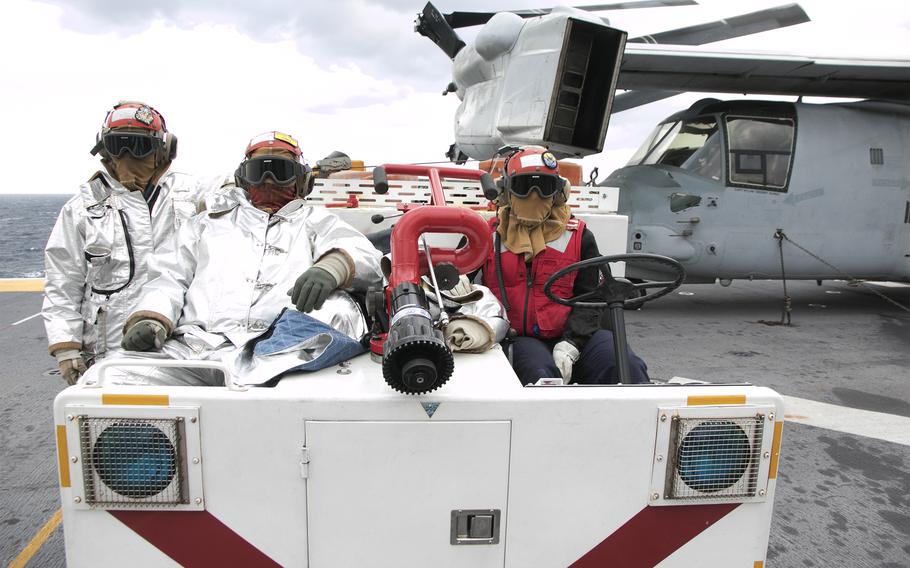 China may view such a large-scale exercise as a provocation, but it is unlikely to retaliate while the Winter Olympics run until February 20, said Masayuki Tadokoro, a relations professor international at Keio University, to Stars and Stripes by phone on Wednesday.

“The Biden administration pressured China,” he said. “If such a large-scale training took place in Okinawa, China would probably think the training is preparation for the Taiwan eventuality.”

“I see this as an opportunity to practice a skill set,” he said. “That would be important for us in any conflict in any part of the world.”

Stars and Stripes reporter Mari Higa contributed to this report.

Should you take out a bill consolidation loan?