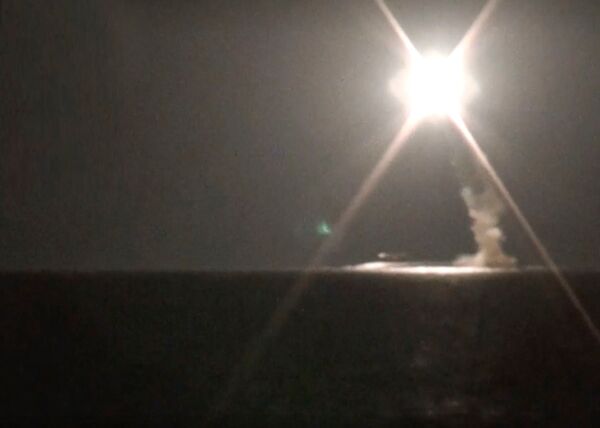 An image from the video released by the Russian Defense Ministry on October 4 showing the Tsirkon hypersonic cruise missile being tested from a submarine for the first time. (Russian mod)

According to an October 4 video posted on the Russian Defense Ministry’s (MoD) YouTube account, the first launch was made from a surface position. A second submerged launch to a depth of 40 m was reported via the Department of Defense FaceBook account later that same day.

“The missile was aimed at a naval target in the Barents Sea,” said the caption from the Russian Defense Ministry accompanying the YouTube video of the first launch. “According to the objective surveillance data, the flight path of the missile was within the specified parameters. The test launch of the submarine-based Tsirkon missile was considered a success, ”he added. Similar remarks were made about the submerged launch.

Other launches overwhelmed by
Severodvinsk
are scheduled for November, according to an October 4 TASS article, citing sources from the “military-industrial complex.”

Tsirkon is a scramjet powered cruise missile with probable range estimates varying from 400 to 1000 km (a distance around the middle of this range is likely) at speeds of Mach 5, although a speed of Mach 8 was achieved during testing, according to a TASS report.

It was previously tested with launches from the frigate
Admiral Gorchkov