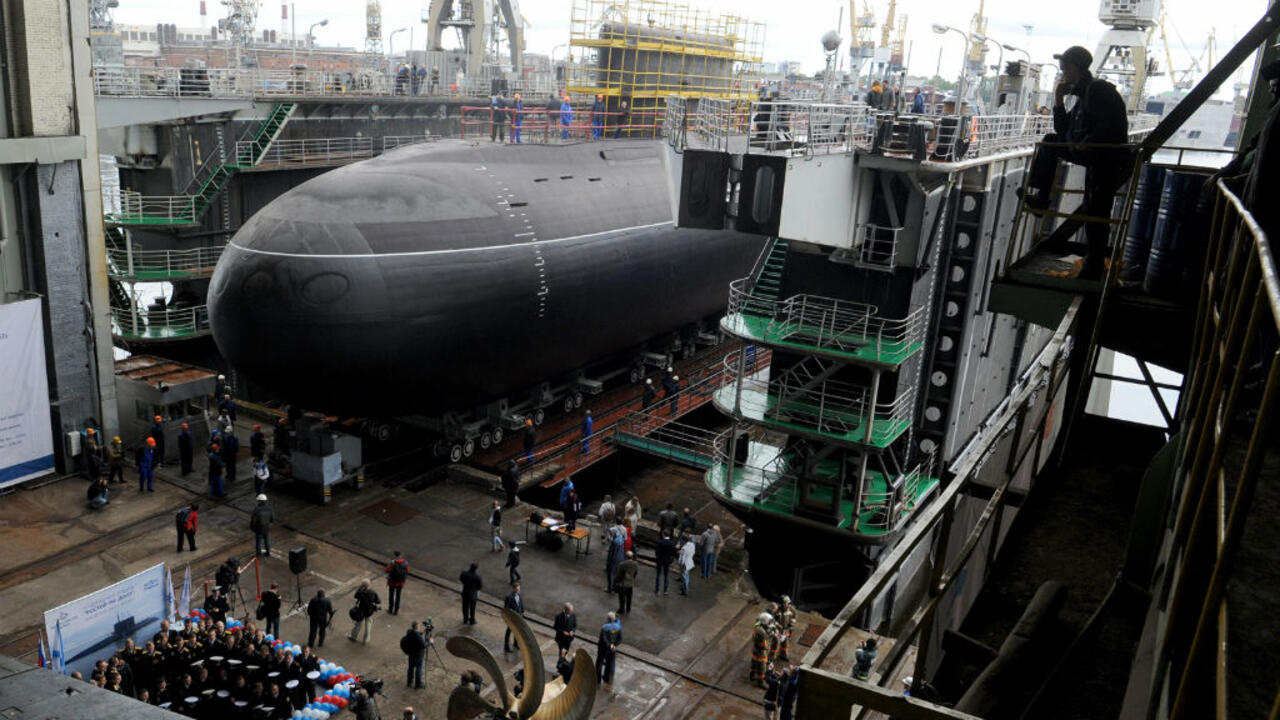 Russian Defense Minister Sergei Shoigu said on Tuesday that Russia had for the first time struck Islamic State targets in Syria with missiles fired from a submarine in the Mediterranean.

“The targets were two major terrorist positions in Raqqa territory,” Shoigu told President Vladimir Putin at a televised meeting, adding that the Caliber missiles were fired from the Rostov-on-Don submarine.

“We can say with confidence that quite extensive damage has been done to arms stores and a mine preparation plant and, of course, to oil infrastructure.”

Shoigu said Russia had informed Israel and the United States in advance of its plan to launch missiles from a submarine.

He said that in the previous three days, the Russian Air Force had carried out more than 300 sorties over Syria and struck more than 600 targets of different types.

Russian bombers flying over Syria were accompanied by fighter jets, as Putin ordered, he added.

Russia began to intervene directly in the civil war in Syria at the end of September with airstrikes in support of its ally, President Bashar al-Assad.

But the intervention had unintended consequences, including when Turkey shot down a Russian fighter jet it said had strayed into Turkish airspace, an allegation Russia denies.

Shoigu presented the downed plane’s flight recorder to Putin during the meeting.

Putin thanked Russian special services and Syrian government troops for retrieving it, and said it would allow experts to determine the exact location of the Russian plane when it was hit. He said it should only be opened in the presence of international experts, “to document everything carefully.”

History of the men who sailed aboard the first Indian submarine