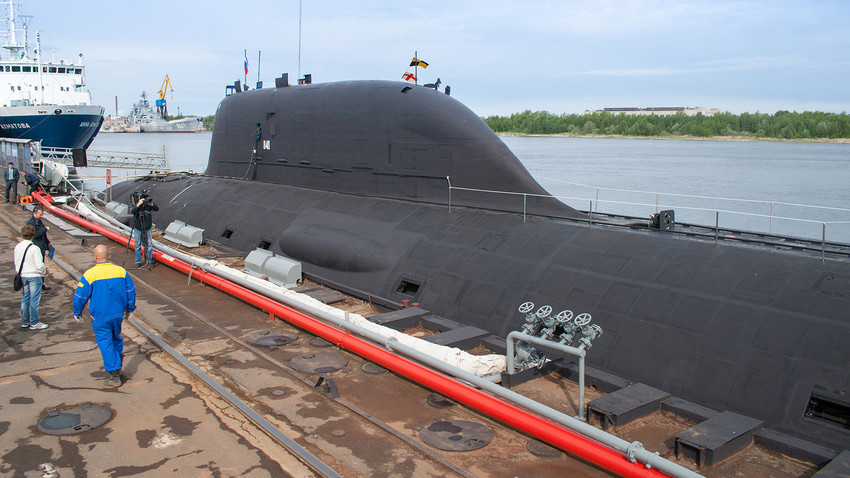 These weapons will transform nuclear submarines into the most formidable force at sea.

“As part of the ongoing tests of Zircon fleet-based missile system, it is planned to fire the hypersonic missile from the Severodvinsk submarine underwater, “said a source.

The source clarified that originally Zircon was to be started from the enhanced 885M project (Yasen-M) Kazan lead submarine, but plans were revised due to the ship’s extended testing.

The precise launch date has not yet been specified. However, according to the MIC source, three or four launches of the frigate Admiral Gorchkov in the Barents Sea are scheduled for this year, after which the missile will be tested underwater from the Severodvinsk.

The first one Zircon the 2020 tests took place in January in the Barents Sea; the missile successfully hit a coastal target at a distance of 500 km.

Russia is the first country in the world to develop a weapon capable of flying towards the target at more than 2.5 km / s (eight times the speed of sound).

“Zircon is fundamentally the perfect weapon, elusive by global air defense systems for the next decade. For comparison, the response time of the most advanced American air defense system, the Aegis, is eight seconds. It’s long enough for Zircon to clear the area of ​​engagement of the air defense system and successfully destroy the target, ”military analyst Dmitri Safonov told Russia Beyond.

Zircon is currently being tested as an anti-ship weapon.

Russia plans to integrate Zircon hypersonic technologies in other systems as well.

According to the military, the next to receive hypersonic technologies, after navy ships, will be the S-500 Prometey (Prometheus) air defense system, which will guard the country’s borders.

The developers are responsible for training these missiles to strike targets at new altitudes in low earth orbit (about 100 km above the earth’s surface). The Zircon system for the S-500 is codenamed 40N6.

The fundamental difference between the two systems is the latter’s new homing head, with which the 40H6 can independently locate, lock and destroy a target close to space. And instead of search and guidance being integrated with radar as before, the missile will take care of these tasks itself as it flies beyond the range of ground-based radar systems.

If you use all or part of the content from Russia Beyond, always provide an active hyperlink to the original content.