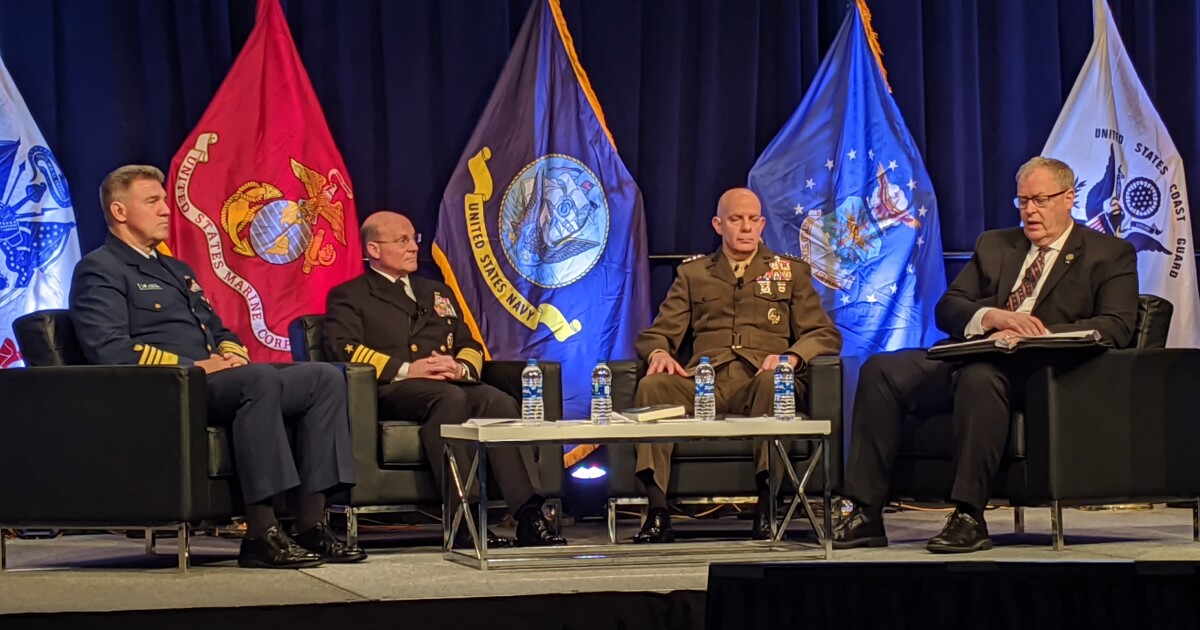 So far, the spread of the Covid-19 coronavirus has not affected military readiness, according to senior officers from the U.S. Coast Guard, Navy and Marine Corps who spoke at the of a WEST 2020 conference in San Diego on Monday.

Chief of Naval Operations Adm. Mike Gilday, Marine Corps Command General David Berger and Coast Guard Commander Adm. Karl Schultz have each played down the effect of the virus on their services after an Army soldier stationed in Korea became the first US serviceman to test positive for the virus last week.

Gilday, Berger and Schultz each said no member of the service in their branches has yet tested positive for the virus. An army spokesperson confirmed that the soldier was the only soldier to have tested positive on Monday.

However, the spread of contagion is having an effect on operations, the chiefs said.

â€œThe coronavirus itself manifests itself in different ways,â€ Gilday said. â€œWhat we see in the fighter’s commands is a variety of steps (to mitigate the effect). We have banned travel to northern Italy due to the concentration of the epidemic there. Same thing in some places in Asia.

Gilday said the Navy was scrutinizing port visits for its ships and cutting back on some naval exercises. He did not mention any specific port or vessel, but did say that sailors are checked on the comings and goings of ships in port.

Schultz said the Coast Guard is helping screen commercial vessels coming to the United States for signs of the virus.

Berger said the Marines had cut back on exercises in Asia, but the Corps had not been affected otherwise.

â€œSo far not a big impact,â€ Berger said. He said US bases, including Marine Corps station Miramar, reacted well when tasked with housing quarantined US citizens who were evacuated from Wuhan, China, in February.

WEST is a large naval conference held annually in San Diego. It attracts the best military and defense contractors to the San Diego Convention Center and continues through Tuesday.