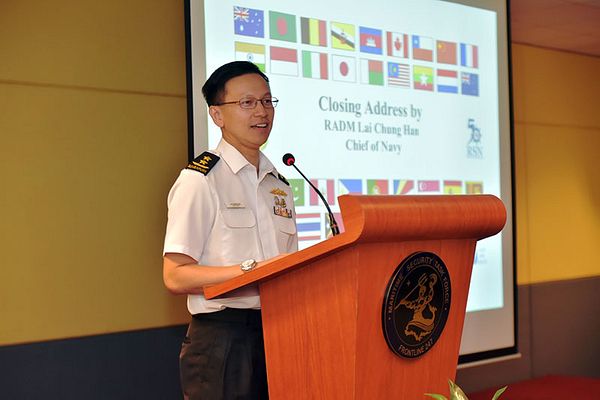 Unsurprisingly, the focus was on topics that made headlines like the launch of Singapore’s first-ever International Maritime Review or the city-state’s announcement that it would purchase two more submarines ( see: “Singapore to Boost Submarine Fleet”). Less in the spotlight, but just as important, is Singapore’s unveiling of the world’s first portal for underwater safety. The creation of the Underwater Safety Information Portal (SSIP), which will be hosted in Singapore, is just another indicator of the importance the city-state places on improving safety in the underwater field.

In recent years, Singaporean defense officials have repeatedly warned that given the activity and shallow depth of some of Asian waters as well as the rapidly increasing number of submarines expected in the region at over the next few years, it is necessary to improve underwater security operations and strengthen multilateral cooperation in underwater rescue. This could be accomplished in a number of ways, including sharing information, exchanging good practices, establishing common standards and even developing rules of conduct for the submarine domain.

In recent years, SSIP has been presented as part of the information sharing aspect of this response. In 2015, Singapore Navy Chief Rear Admiral Lai Chung Han said that a submarine safety information portal could be created to provide submarine operations centers and at sea submarines real-time monitoring of deep-draft commercial vessels and hazards to prevent underwater accidents. (See: “A New Plan to Manage the Asian Submarine Race?”).

The SSIP, Lai said at the time, could be hosted at the Information Fusion Center (IFC) of the Changi Command and Control Center, given that its robust infrastructure to facilitate information exchange has already made a crucial regional center for the strengthening of multinationals and interagencies. coordination in response to maritime issues since its creation in 2009.

Last week, Lai finally unveiled the SSIP in this regard. The world’s very first such portal, he said, will not focus on sharing sensitive information about submarine positions and movements, but on other types of information like submarines. seismic activity and real-time movement of offshore oil rigs and very large crude carriers to avoid clashes or other risky incidents. The portal has other applications as well, including in rescue by locating the nearest rescue vessel and mapping the fastest route to an incident once it has already occurred.

The portal is still in beta and the final version will roll out in 2019 after collecting feedback for about a year, said Col. David Foo, Submarine Squadron Commander. Today in an interview. In the meantime, countries have been encouraged to share certain non-sensitive information to aid maritime safety.