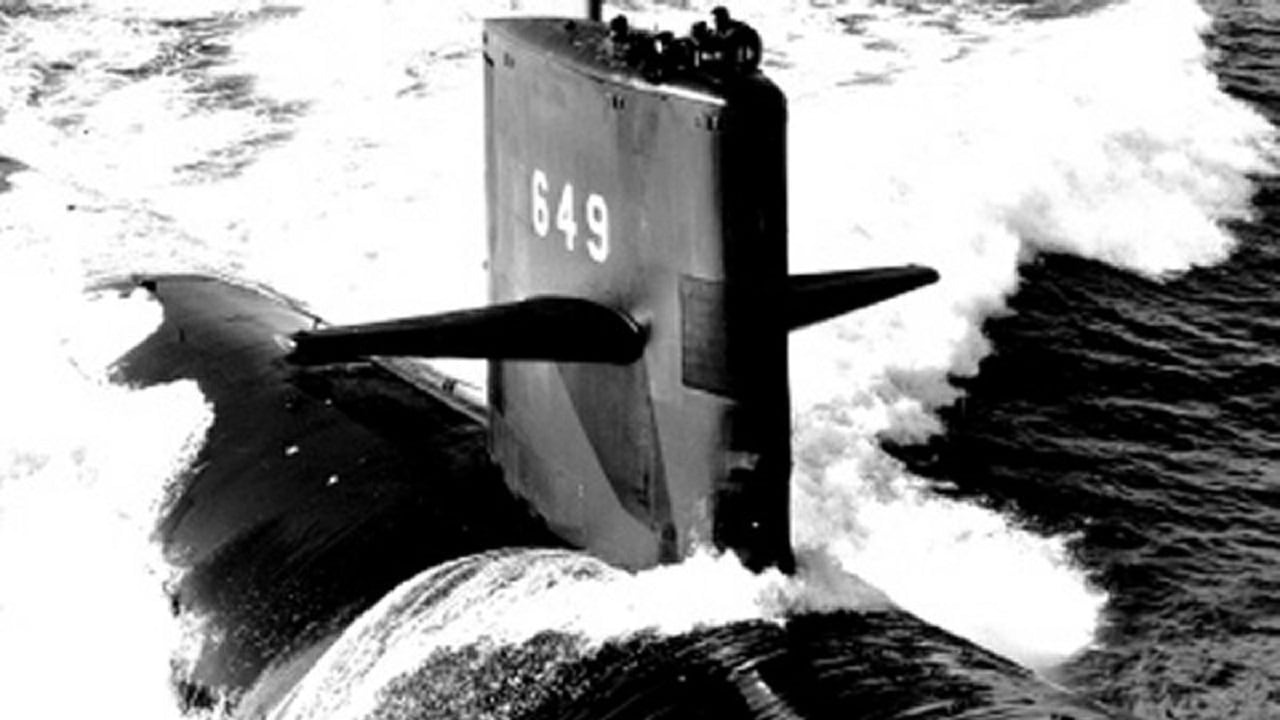 The US Navy’s Cold War fleet of submarines was one of the best ever built and terrified the former Soviet Navy. While Russia never had to fight the USN in a war, the Sturgeon class would have done major damage if called upon: Until the introduction of the Los Angeles-class, the Sturgeon-class was the backbone of the U.S. Navy’s Cold War-era submarine fleet. The boats were dedicated to finding and destroying enemy submarines.

What there is to know:

The United States and the Soviet Union had begun developing hunter-killer submarines in the late 1940s, but their paths certainly diverged. The US Navy focused on submarines armed with torpedo tube-launched weapons and those designated as SSNs, while the Soviets developed submarines capable of launching both torpedoes and missiles anti-shipping. These ships were designated SSGN.

American SSNs were designed to hunt their prey by listening with sensitive hull-mounted sonars. Besides the high-tech sensory systems, the main advantage of the US Navy’s hunter-killer submarines was that they could remain submerged on patrol for virtually unlimited periods of time. The diving depth of a hunter-killer can match, and often exceed, that of a ballistic missile submarine.

the Sturgeon-class was a bigger and better version of the Combine/Permit-classes that directly preceded it, but with “stealth” features and additional electronic systems. They were the largest class of nuclear-powered submarines until the advent of the Los Angeles-class, and were frequently used in intelligence gathering, which involved transporting special equipment and National Security Agency (NSA) personnel.

USS Sturgeon (SSN-637) began operating patrols in 1968, and during a series of exercises she played a partial role in evaluating new equipment fitted to the US Navy’s maritime patrol aircraft.

Her longest deployment was in 1974 when she was seconded to the US Sixth Fleet in the Mediterranean for a period of six months.

The original electronic suite consisted of a BPS-15 surface search radar, a BQQ sonar suite and later a towed array, plus a Mk 117 torpedo fire control system , a satellite communication system and an underwater telephone.

The hunter/killer attack submarines were originally armed with 533 mm (21 in) torpedoes which were later upgraded to include submarine-launched ballistic missiles Sub-Harpoon and Tomahawk. Data on each torpedo tube could be displayed on a control panel in the boat’s control center and relayed to the submarine’s combat system. The control center also included a Target Motion Attack (TMA) system, which allowed the crew to track targets using only passive sonar bearings.

The crew consisted of 14 officers and 95 men. Some of the boats in her class have been modified with compartments for US Special Forces, including Navy SEALs, and associated equipment.

The last ship of the class, USS Richard B. Russell (SSN-687), was commissioned in August 1975. Originally designed for an operational life of twenty years, the Sturgeon-class boats have been extended to thirty years, with a further extension planned for three years. The first to be decommissioned, in October 1991, was the USS sea ​​devil (SSN-664); the last, USS parched (SSN-683), was decommissioned in July 2005.

Today’s editor for 1945, Peter Suciu is a Michigan writer who has contributed to more than four dozen magazines, newspapers, and websites. He writes regularly on military hardware and is the author of several books on military headgear, including A Gallery of Military Headdress, available on Amazon.com. Peter is also a contributing writer for Forbes.

What if you can’t pay the medical bills?