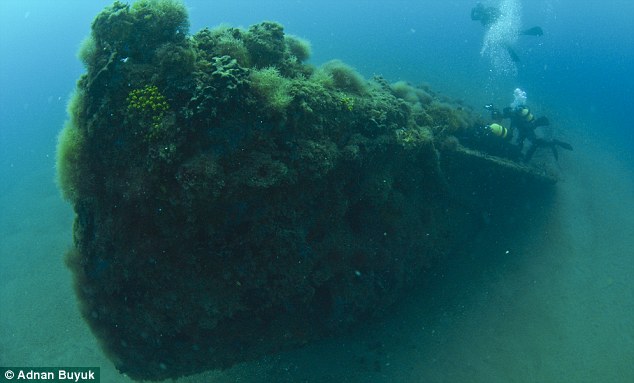 Sunken treasure: WWI submarine whose two captains won the Victoria Cross is discovered off the coast of Turkey 94 years after it was drilled

Sunken treasure: WWI submarine whose two captains won the Victoria Cross is discovered off the coast of Turkey 94 years after its fall

The last remains of a World War I submarine, for which both Royal Navy captains won the Victoria Cross, has been found after 94 years under the sea.

HMS E14 was discovered off the coast of Turkey with the first images of the wreckage showing that the submarine appears to be largely intact.

Its precise location in the eastern Mediterranean has remained a mystery until this month, when a Turkish naval engineer and diver detected it on the seabed off the town of Kumkale, just 250 feet from the beach.

Aquatic Grave: The coral encrusted HMS E14 which was found earlier this month off the Turkish coast in the Dardanelles Strait after being sunk 94 years ago

At war: the HMS E14 is photographed in 1914 with its crew. She was commanded by two officers who each won the Victoria Cross for their exploits aboard the submarine

Sunk by heavy shell fire, the E14 lay at a depth of 65 feet at an angle of nearly 45 degrees with sand covering almost the entire 181-foot vessel.

At least one shell hole was visible near the prows, but that seemed to be the only damage and now the British government must ask the Turkish authorities to preserve the site as a war burial place

E14 was sunk in January 1918, with the loss of 25 lives during a mission torpedo the naval flagship of the Ottoman Empire.

She had traveled 20 miles through dense minefields and past a series of enemy positions in the heavily fortified Dardanelles – the narrow straits between the European and Asian coasts of modern Turkey, 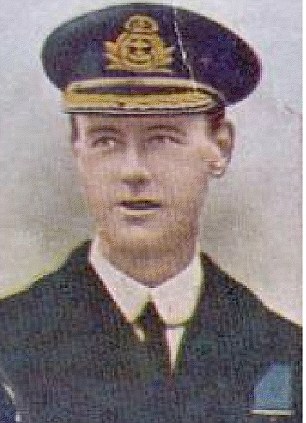 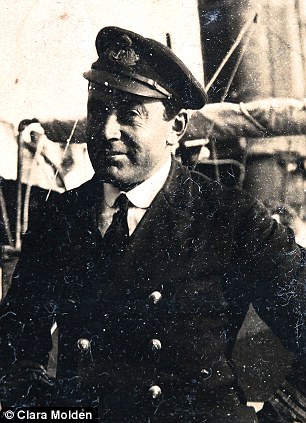 Heroes: Lieutenant Commander Edward Boyle and Lt-Cdr Geoffrey White who each won the Victoria Cross for their exploits as captains on HMS E14

When his captain, Lieutenant-Commander Geoffrey Saxton White, discovered his target was not where he expected, he attacked a Turkish merchant ship.

But the raid took a turn for the worse when one of the torpedoes detonated prematurely, damaging the E14 and it was forced to surface where it was bombarded by Turkish coastal artillery. 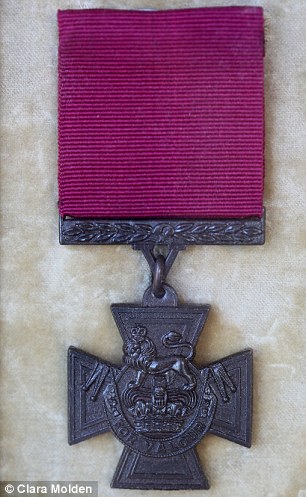 Capt White knew his submarine could not reach the high seas and directed it to a nearby beach, in an effort to save the crew. A survivor recalled that his last words were – “We are in the hands of God”, spoken moments before he was killed by a shell and the submarine sank.

For his actions, he was posthumously awarded the VC. White was 31 and left a widow and three children under six.

Only seven of the 32 crew members of the E14 managed to escape alive, according to the Sunday Telegraph.

In 1915, during the Gallipoli campaign, the submarine made a sortie across the Strait, past minefields in the Sea of â€‹â€‹Marmara.

His skipper was then Lieutenant Commander Edward Boyle, who won the VC for sinking an Ottoman gunboat, an personnel carrier and neutralizing a warship deep in enemy territory

The wreck was discovered by marine expert SelÃ§uk Kolay and diver director Savas Karakas, who had spent three years trying to find it.

After studying documents at the National Archives in Kew, west London, and inspecting Turkish defenses, they scanned an unusual object from a boat on the surface.

But they couldn’t establish what it was because it was near the mouth of the strait – a sensitive military area where diving was prohibited.

It took two years to get permission from the military before their team could dive into the wreckage and confirm that it was E14 earlier this month.

The ship appeared to be less than a quarter of a mile from the exit of the strait and out of range of the Turkish guns.

Mr Kolay told the Sunday Telegraph: “The wreck is in good condition and is one of the best-preserved submarines of its type on earth. It is of great historical significance.

Boyle, who was born in Carlisle and attended school at Cheltenham College, also served in World War II, reaching the rank of Rear Admiral. He died at the age of 84 in 1967 in Ascot, Berkshire.

His Victoria Cross is on display at the Royal Navy Submarine Museum in Gosport, Hampshire.

The VC won by White, of Bromley, Kent, now belongs to his grandson, Richard Campbell, 60, of Pulborough, West Sussex, who keeps it in a bank.

He said: â€œI always thought my grandmother was the only person who really had the right to sell it, if she wanted to. It was very expensive for her. She was very proud of it, no doubt.

Take a peek inside a Civil War hand-cranked submarine