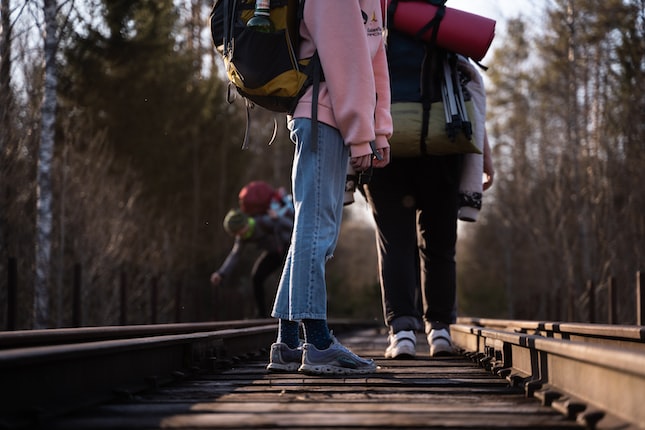 Artist’s impression of the exterior of the Shanghai Underwater Museum designed by PES-Architects.

The first Shanghai Underwater Museum will be built along the Huangpu River at the former site of the historic Jiangnan Shipyard and the 2010 World Expo in downtown Huangpu District.

The Shanghai Submarine Museum will feature a retired submarine in one of the three adjacent sea docks of the historic shipyard which is more than 150 years old.

The new museum will be built as a bridge over the submarine and across the dock pool, allowing visitors to walk across the site, while leaving most of the dock intact, according to museum designer PES-Architects.

The company’s Helsinki-Shanghai branch won first prize for the construction of the museum in a global design competition organized by the Shanghai Bund Investment Group.

“The design aims to preserve the industrial quay and showcase the museum with a subtle yet distinctive iconic building that honors the heritage of the site,” the company said.

The project is part of an ongoing urban transformation campaign of the city to open and redevelop the Huangpu River waterfront into continuous green pedestrian lanes involving many preserved historic sites such as iconic shipyards.

Sidewalks stretching 45 kilometers along the banks of the river between the Yangpu and Xupu bridges have already been opened. The city plans to extend them upstream and downstream to complete the current sections. 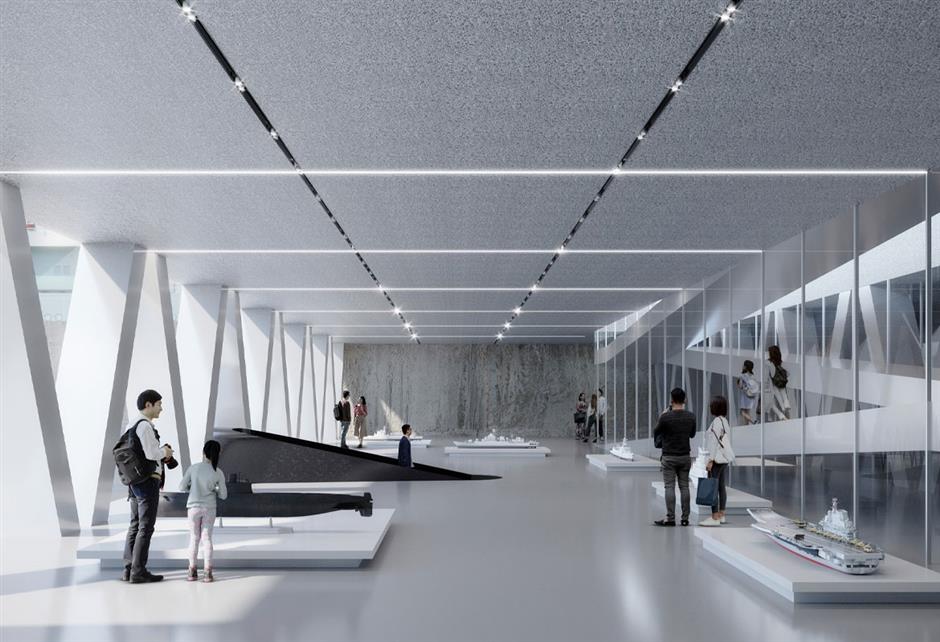 An artist’s interpretation of the interior of the Shanghai Underwater Museum designed by PES-Architects.

According to the design of the Finnish company, a panoramic roof terrace will finalize the sculptural but highly functional design of the museum. A restaurant occupies a privileged position, allowing direct access from the park and pedestrian areas and offering panoramic views of the Huangpu River.

“The design focuses on the three key elements of the site: the wharf itself, as a memory of the industrial nature of the site, the museum and the Huangpu River,” the company said.

Glass, steel and wood will form an elegant contrast to the rough textures of the museum dock. The same materials and the same feel are kept inside.

The multifunctional exhibition space under the museum allows certain parts of the platform to be separated to form part of an exhibition or an event. Various uses of the port area could include film screenings, festivities or fashion shows.

As a design highlight, the dock floor will be filled with water as the river level rises. Shallow pools will be formed for children to play along a narrow path leading to the museum. 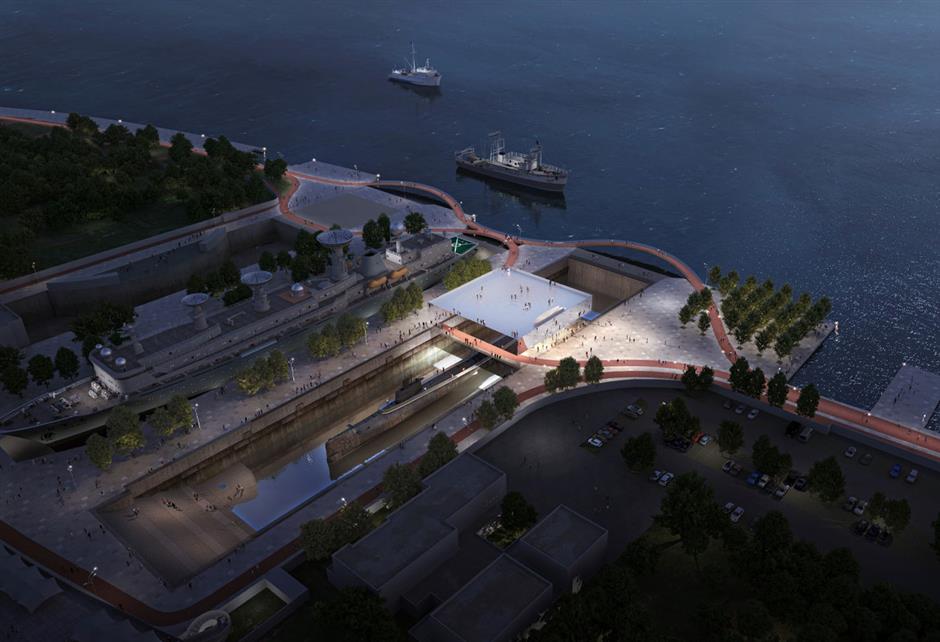 Aerial representation of an artist from the Shanghai Underwater Museum project designed by PES-Architects.

The shipyard was originally built at the end of the Qing Dynasty (1644-1911) in 1865 by order of Li Hongzhang (1823-1901), a Chinese politician, general and diplomat. He is known as the pioneer of modern industrial development in China.

At its peak, it housed 13 factories for machinery, ships, firearms, gunpowder and steel and covered 43,000 square meters. The first Chinese batch of machine tools, guns and motor boats were produced at the site. The country’s first 10,000-ton frigates and hydraulic presses were also developed there.

The shipyard was transferred to Changxing Island before the 2010 World Expo. The old welding workshop, covering an area of ​​7,000 square meters, was redeveloped into a CSSC pavilion and was retained after the exposure.

China has only a few museums for submarines. The Dalian Museum in Liaoning Province features a retired Sub-33, one of the main ships once used by the People’s Liberation Army (PLA). 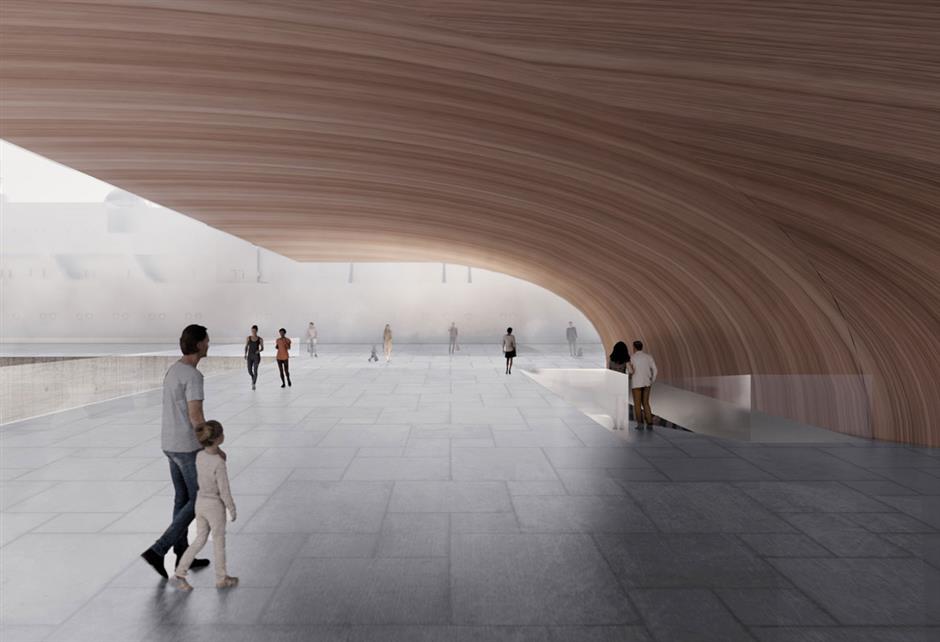 An artistic interpretation of the Shanghai Underwater Museum promenade designed by PES-Architects.