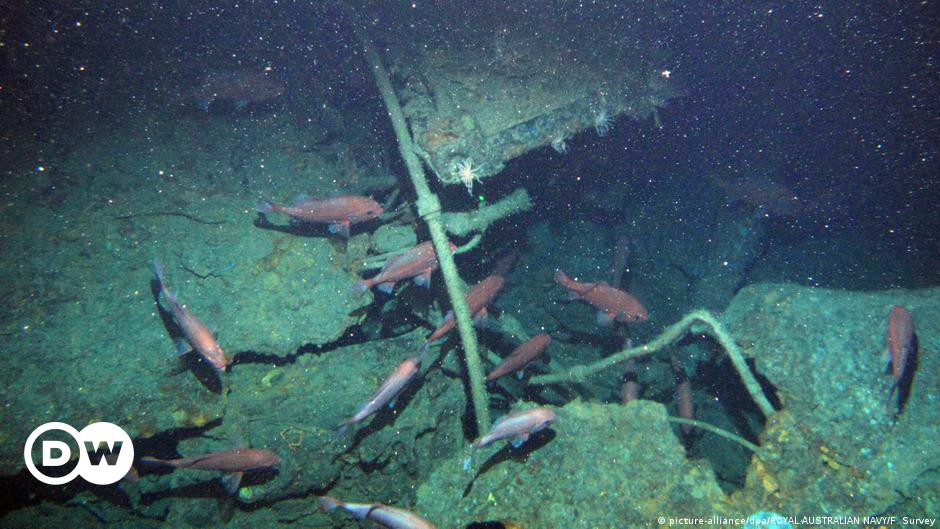 A 103-year-old Australian maritime mystery finally came to an end on Thursday after officials announced that the country’s first submarine, which went missing on September 14, 1917, had been located in the waters off the coast of the islands of the Duke of York, part of Papua New Guinea.

Read more: Why are stealth subs so hard to find?

The HMAS AE1 was the first Allied submarine loss in World War I (WWI), as well as the first wartime loss for the Royal Australian Navy. It was used during the 1914 takeover of German New Guinea, the northeastern part of the island that was part of the German colonial empire.

“After 103 years, Australia’s oldest naval mystery has been solved,” Australian Defense Minister Marise Payne said on Sunday, calling the submarine’s discovery “one of the most important discoveries in the world. Australian naval history “.

She described the submarine’s watery disappearance as “a tragedy for our then nascent nation.” The 35 crew members, from Great Britain, Australia and New Zealand, were killed when the submarine sank.

A Defense Ministry statement said a memorial service was held aboard the discovery vessel immediately after the submarine was found to honor those who lost their lives. The Australian government will work with the Papa New Guinea government “to consider lasting commemoration … and to preserve the site.”

Australian Naval Chief Vice Admiral Tim Barrett added that he hoped the discovery of the ship would put an end to the descendants of the deceased.

The 13th time is the charm

A range of technologies were used to locate the sunken submarine, Barrett said, including remote control vehicles, a depth camera and a magnetometer that measures magnetic disturbances.

Read more: Search for a submarine in Argentina: sounds detected “consistent with an explosion”

â€œEach time we researched AE1, the advancement in technology has allowed us to learn a little bit more,â€ he said.

AE1 was found at a depth of over 300 meters (984 feet) after an expedition to search for it – the 13th of its kind – was launched last week. The search vessel was the Fugro Equator, which was also used to search for the missing Malaysia Airlines flight MH 370.

While the mystery of the missing submarine has been solved, the question will now turn to the reason for the sinking of the AE1.

According to a statement by Rear Admiral Peter Briggs in the local newspaper The Australian, a diving accident is the most likely cause.

The submarine was found without oil, body or wreckage, indicating that it most likely sank intact. Enemy action was considered the unlikely cause, as there were no known German ships in the area at the time the AE1 fell.

The AE1 entered service at Portsmouth, England, in early 1914. He arrived in Sydney with his submarine AE2 in May. Equipped with torpedoes but no cannons, the AE1 was 55 meters (181 feet) in length and could reach speeds of 15 knots (17 miles per hour / 27 kilometers per hour) on the surface and 10 under l ‘water.