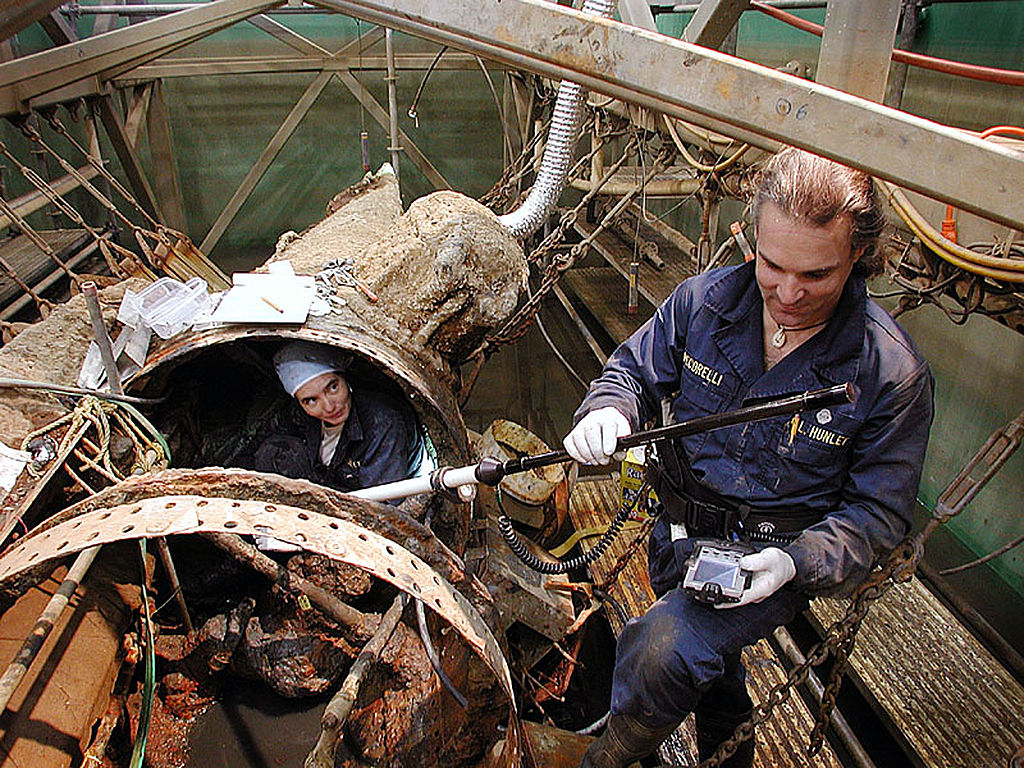 The wreck of the Hunley, the first submarine to sink an enemy ship, was brought to the surface on this day in 2000

The lost sunken submarine that played a role in the American Civil War was found in the mid-1990s and was finally recovered in 2000.

HL Hunley had quite a long history as a Confederate States of America submarine despite its rather small size as it is known as the first submarine to sink an enemy ship. Measuring just 40 feet or 12 meters in length, the Hunley was built in Mobile, Alabama and launched in July 1863. After sinking twice on August 29, 1863 and again on October 15 of that year, the Hunley was relieved, recommissioned and later sank a 1,200 ton warship, becoming the first submarine to sink an enemy vessel.

The sinking of Hunley on October 15 took with it Horace Lawson Hunley himself, a Confederate marine engineer who developed submarines, including the ship he was named after and died on. But Hunley’s greatest achievement was sinking the US Navy’s 1,240-ton Housatonic.

How did a small submarine like the Hunley sink a big warship?

It was on the night of February 17, 1864, when the Hunley launched her first attack on the USS Housatonic, a 1,240-ton Union sloop of war commanded by Charles Pickering that was maintaining her station in the blockade of the ‘South Atlantic. Squadron. According to the archaeological record, the Hunley used her harpoon torpedo, filled with explosive powder and mounted on a long iron pole extending from the bow to ram the wooden hull of the Housatonic.

The charge then detonated remotely through a rope which was pulled as the submarine backed away. In just three minutes, the Housatonic sank, taking her crew members with her. However, the Hunley came under attack from the crew on deck who had fired their guns at the submarine. Mysteriously, the Hunleys never returned home.

Read also : The USS Indianapolis sank on this day in 1945 after delivering the internal components of the atomic bomb dropped on Japan

Find and recover the wreckage of the Hunley

When the first submarine to sink an enemy ship never made it home, the search for the wreckage of the Hunley began. It wasn’t until 131 years later that it was finally discovered by bestselling author Clive Cussler and his team at the National Underwater and Marine Agency (NUMA). After 14 years of searching, the wreckage of the Hunley has been found about four miles off Sullivan’s Island, the Naval History and Heritage Command reported.

The team used a magnetometer to locate a metallic object which was found about four miles from Sullivan’s Island. They dived about 30 feet into the water and found the Hunley’s two small conning towers after removing up to three feet of sediment, revealing the wreckage of the Hunley, which lay to her starboard side at an angle of about 45 degrees. The first submarine to sink an enemy ship was perfectly preserved.

The wreckage of the Hunley was successfully salvaged on August 8, 2000 through precise engineering, thoughtful planning and beautiful weather. The first submarine to sink an enemy ship now sits at the Warren Lasch Conservation Center on the Cooper River in North Charleston, South Carolina.

Related article: Andrea Doria sank after colliding with Stockholm on this day in 1956

Dave Ramsey says that taking on this type of debt is “like trying to save yourself from a sinking boat with a bucket full of holes”. Is he right ?