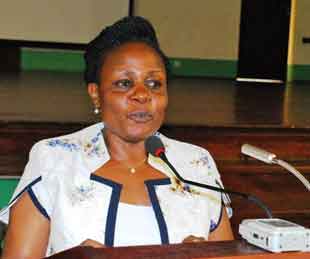 Kalangala, Uganda | THE INDEPENDENT | The government has secured a 32 billion shillings loan to build a seven kilometer electric submarine cable connecting the Kalangala district (Ssese Islands) to the mainland at Masaka.

The loan of 32 billion shillings was obtained from the African Development Bank to build the first electric submarine cable and connect it to the national grid.

The power cable that is to pass under the waters of Lake Victoria is expected to be completed within a year, according to contractors – CCC BEIJING INDUSTRIAL AND COMMERCIAL CO. LTD.

According to the Minister of State for Energy and Mineral Development, Mary Gorret Kitutu, the project aims to lower the tariffs charged for electricity in Kalangala.

Kalangala Infrastructure Services Limited, the company responsible for providing electricity on Buggala Island, charges over 825s per unit of electricity used. The minister says that is more than double the fees paid elsewhere in the country, so the cable will help lower the cost of doing business on the islands, economically empower the people of Kalangala and boost its tourism sector.

Patricia Litho, communications and community affairs manager at the Rural Electrification Agency, said the project was not intended to compete with Kalangala infrastructure services, but rather to expand reliable services to the Kalangala community. .

Marine life will not be affected nor aquatic life since the cable has a thick layer of insulation.

More than 1,142 households and 27 shopping centers in Kalangala district on Buggala Island will benefit from the project.