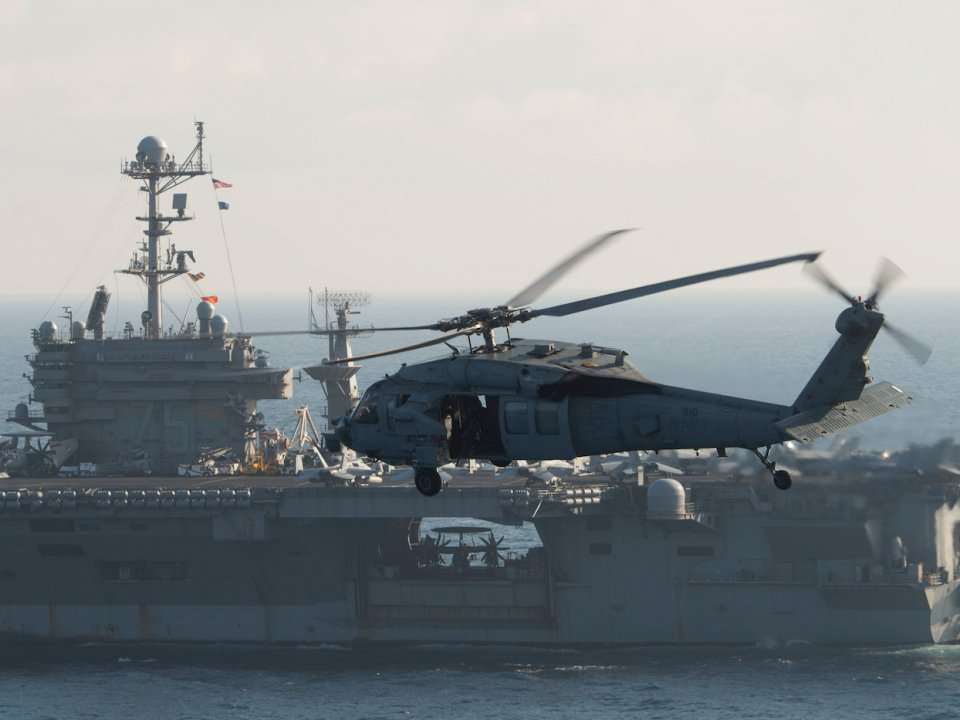 The Truman’s time at sea was only half as long as typical deployments, and the rapid return reflects the Pentagon’s shift towards “dynamic use of force,” a concept presented by Defense Secretary Jim Mattis as a way to make the military more responsive to emerging threats. .

“National defense strategy requires us to be operationally unpredictable while remaining strategically predictable,” said Christopher Grady, commander of the US Navy’s fleet forces. says a press release announcing the return to port, which he said was “a direct reflection of the concept of dynamic employment of force and the maneuverability and flexibility inherent in the US Navy.”

Grady said the carrier strike group “has enjoyed incredible three-month success in the U.S. 6th Fleet area of ​​responsibility,” an area that stretches pole-to-pole between the mid-Atlantic and Indian Ocean.

However, the Truman and her accompanying ships ended their time at sea much closer to home – in the western Atlantic, closer to Canada than to Europe, according to at USNI News.

This area is the responsibility of Fleet Forces Command, but will soon become the jurisdiction of the U.S. Second Fleet, which was re-established earlier this year. amid growing concerns over Russian naval activity in and around the Atlantic Ocean.

Cruiser Normandy and destroyers Forrest Sherman and Arleigh Burke are expected to return to Norfolk, Va. This week, while destroyers Bulkeley and Farragut remain at sea, a Navy official told the Virginian-Pilot newspaper. A Fleet Forces Command official did not return a request for details of the operations carried out by these ships. But it is clear that anti-submarine operations have become a higher priority for the United States and its allies.

Truman’s anti-submarine capabilities are limited to the helicopters it carries, but the strike group deployed earlier this year with more destroyers than usual.

These ships are equipped with sophisticated anti-submarine warfare capabilities that are not generally used in the Atlantic, Bryan Clark, senior researcher at the Center for Strategic and Budgetary Assessments and former submariner, told USNI News in June. Operating in the Atlantic would give aircraft carrier strike groups the opportunity to conduct high-end exercises with partner forces, he said.

The North Atlantic has become an area of ​​renewed interest for NATO in recent years. Alliance leaders said Russian submarine activity in the region is at levels not seen since the Cold War (although intelligence reports from the time to suggest this activity is far from the peaks of the Cold War).

Russia’s submarine fleet is not as large as its Cold War predecessor, but the the submarines Moscow has added and is working on are more advanced. (NATO’s navies are also smaller than they were during the Cold War.)

“The Russians are closing the gap,” said Magnus Nordenman, director of the Transatlantic Security Initiative at the Atlantic Council earlier this year. “And they’ve moved away from their traditional approach – with a lot of mass and a lot of subs but varying quality – and they’re taking a page from our playbook, which prioritizes quality instead.”

The United States and its allies have devoted more energy and resources to anti-submarine warfare. This includes a new emphasis on the cold war maritime surveillance network which covered the sea between Greenland, Iceland and the United Kingdom – known as the GIUK Gap. The US Navy has spent several million dollars to renovate the Keflavik Naval Air Base in Iceland to handle the P-8A Poseidon advanced patrol aircraft, although the Navy said these improvements do not necessarily mean that a permanent presence will be re-established there.

Nonetheless, focusing on the GIUK Gap might not be up to the challenge NATO currently faces.

During much of the Cold War, the Soviet Navy ran out of land-attack cruise missiles and would have had to leave its “stronghold” in the Barents Sea to engage NATO forces, making the GIUK Gap a important bottleneck at the time, according to Steven Wills, military historian and former US Navy surface warfare officer.

The GIUK Gap has long been considered a key choke point in the North Atlantic.

But with the development of under-launched missiles – in particular the modern Kaliber cruise missile – “Today’s Russian Navy can remain in its Barents stronghold and still launch precise attacks against ships in the Norwegian Sea and NATO land targets without leaving these protected waters “, Wills argues in an article for the Center for International Maritime Security, a professional military journal focused on naval strategy.

NATO should adopt a deterrent posture like that of the Cold War, says Wills, “but the locus of action is much further north than Iceland.”

NATO’s decision to restore an Atlantic command, which will be based in Norfolk, is welcome, writes Wills, but this headquarters should focus on air and port facilities around the Norwegian and Greenlandic seas, even deploying forward to oversee activities there. Surface ships may need to combine with unmanned assets to cover a larger area as the sea ice recedes.

Russia’s Northern Fleet is based on the Kola Peninsula in the Barents Sea, and a more active NATO naval presence in the region would almost certainly attract protests from Moscow, which accused the alliance of trying. to lock him up and his allies in Europe. But a presence in the northern seas is needed, according to Wills.

“The real ‘gap’ where NATO must focus its deterrence is the Greenland, Svalbard, North Cape line at the northern limit of the seas of Norway and Greenland,” he wrote. “It is time again to consider deterrence and potential naval warfare in the ‘High North’.”