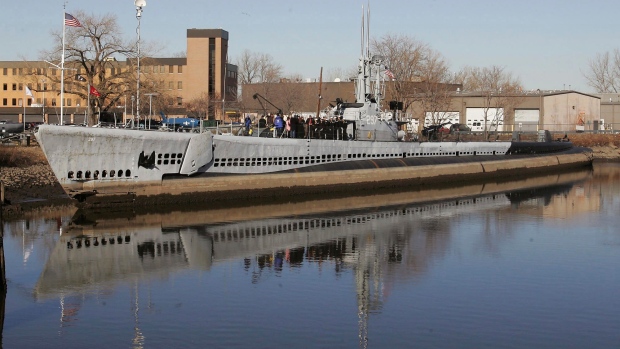 Veterans search for a home for a WWII submarine

HACKENSACK, NJ – A group of New Jersey veterans desperately try to save a WWII submarine.

The Navy gave the USS Ling to the group of veterans, who wanted to use it for a naval museum, The New York Times reported. The Borg family, who owned The Record newspaper, offered to help the veterans with the project, while the submarine was near their headquarters along the Hackensack River.

Thousands of tourists have visited the museum over the years, but the submarine eventually got trapped in the mud when the river filled with silt, and it was subsequently damaged by Super Storm Sandy in October. 2012.

The Borg family are now considering redeveloping the 20-acre (8-hectare) property and want the submarine to be relocated.

“It’s tragic – it’s rusting in a number of places,” said former president of The Record, Malcolm Borg. “It would take a lot of permits to get that boat out of there. It’s stuck in the mud.”

But no one seems to know what to do with it, or even how to move it.

The water levels are too shallow to move the ship, and government officials will likely no longer dredge the Hackensack River, according to Les Altschuler, vice president of the Submarine Memorial Association.

The submarine could be pulled out of the mud with a flotation device called a cofferdam, but vets would still need to find a place to move the submarine, Altschuler added.

“We are caught between a rock and a hard place,” he said.