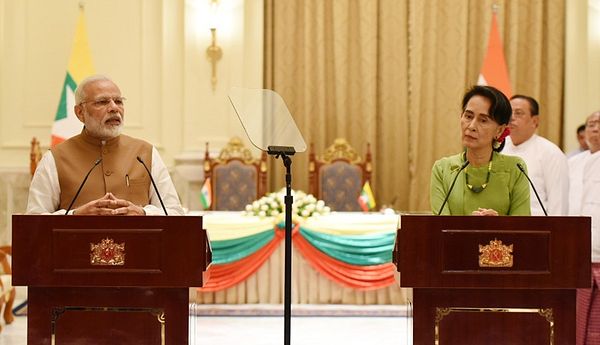 A closer look at the implications of the development for Naypyidaw and the wider region.

Earlier this week, we saw another round of headlines related to Myanmar receiving its very first submarine from India. The focus on adding capacity, which has been the subject of speculation in recent months, has once again highlighted its importance to both Naypyidaw and the region at large.

As I have already noted in these pages, Myanmar has been thinking about pursuing a submarine capability for a long time in recent years, with periodic reports surfacing over the past decade or so on Naypyidaw’s desire for acquire submarines or support technical capabilities such as underwater training related to various sources including India and Russia. And with Myanmar’s immediate neighbors who have recently acquired submarines or are preparing to do so – Bangladesh already has the capacity and Thailand has signed an agreement to do so in the next few years – this quest has been considered. as even more urgent for the military.

Earlier this year, we saw a more concrete indication of incursions on that front, with media reports surfacing that India was transferring one of its Russian-made products. Kilo-class of diesel-electric attack submarines, the INS Sindhuvir, to the Myanmar Navy (MN) later this year after the redevelopment. And with the submarine reportedly commissioned earlier this month ahead of the expected year-end deadline for its transfer, we saw a new set of headlines related to this development as well as its potential implications.

For Myanmar, the acquisition of its first submarine represents the fulfillment of a long-standing quest for the capability that could pave the way for future forays, with more direct training and familiarization than in the past leading to more purchases of submarines from Russia. It is also consistent with the broader focus it has placed on developing its maritime capabilities, with some of the important additional platforms on display earlier this week during the MN’s 72nd anniversary celebrations, where ships, y including Myanmar’s very first landing platform, berth amphibious assault ship entered service.

But this movement also has implications for the whole region. The transfer itself is a testament to the growing security role India is playing in the Indo-Pacific in general and Southeast Asia in particular, as evidenced by the continued trajectory of the broader defense relationship between India. and Myanmar (despite Naypyidaw’s strained ties to Western countries) and other developments such as the expected sale of Brahmos missiles to the Philippines. Not surprisingly, Myanmar’s additional capacity is also to be watched by neighboring Southeast Asian states such as Thailand, as this has implications for the regional balance of power in mainland Southeast Asia. More broadly, whatever the motivations displayed, development will be partly seen through the prism of Sino-Indian rivalry, the submarine transfer from India to Myanmar being seen as a reaction to Beijing’s involvement. in the submarines vis-à-vis Bangladesh and Thailand.

Of course, it is important not to prematurely exaggerate the importance of such additions of capacity. While the transfer of a used diesel-electric submarine represents the fulfillment of Myanmar’s long-standing quest, it is a modest addition of capacity. The impact will not just rest on the acquisition of the submarine, but on how it is equipped and maintained over time with the appropriate money, manpower and technology, as well as the how it works in conjunction with other capabilities, aspects of which we still know very little publicly and remain difficult to manage for even more capable Southeast Asian states. And while Naypyidaw reflects on how he advances his submarine ambitions in the future, he will continue to do so by acknowledging the multiple internal and external security challenges he faces as well as the limitations he remains in the field. maritime domain.

Nonetheless, Myanmar’s fulfillment of its underwater quest is no small feat and is not unimportant for Naypyidaw and the region at large. As such, how this plays out in the months and years to come will continue to be of interest to regional observers.

World War II submarine missing for 75 years has been found