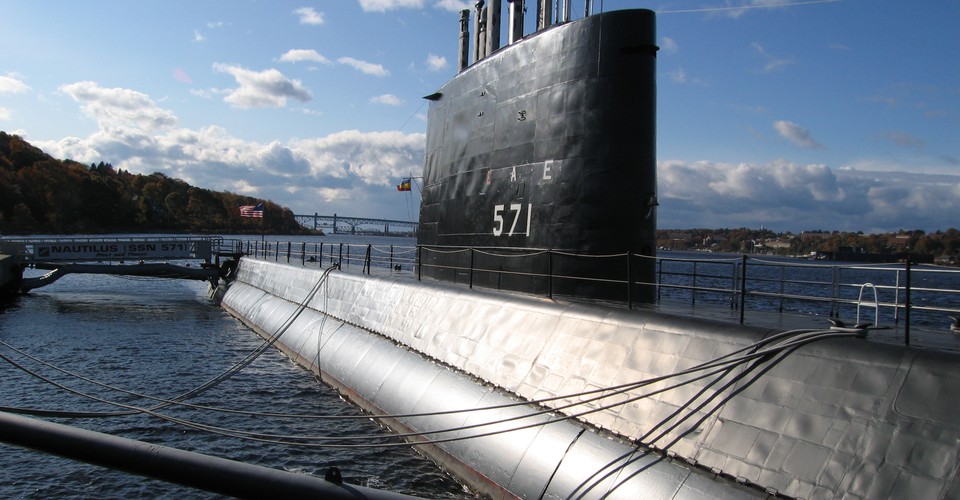 Pumps, valves and heat exchangers, turbines, electric generators, thermometers, control panels – all the hundreds of elements that made up the complex and interrelated systems of the plant – had been tested both mechanically and electrically. until they’re as perfect as they could be. The crews had trained for a week to carefully open the throttle valve of the main turbine of an oil-fired boiler in order to disturb the reactor as little as possible. They were repeated during evacuation drills and the STR Mark I was ready for an attempted motorized operation.

Captain Rickover, who had been monitoring preparations every hour, flew to Idaho with Atomic Energy Commissioner Thomas E. Murray, a man who had been very supportive of the nuclear propulsion program of the Marine and who should have the honor of opening the turbine. throttle valve, admitting for the first time the steam generated by a power reactor in a turbine. Murray knew that eight years had passed since Hiroshima and that, with the exception of the Navy program, no American atomic energy project was about to materialize. He also knew that the Navy and the ACS were committing nearly a quarter of a billion dollars to the project, the success of which was now to be determined.

This first operation was an incredible success. After a two-hour run, during which power levels of several thousand horsepower were reached, the reactor was shut down. Six years of study, organization, planning, collusion, struggle for funds, construction of laboratories, manipulation of people, development of new materials and devices had borne fruit. The first day of Marc I had surprised his most optimistic supporters.

There were many happy people in the Idaho desert on the night of May 31, 1953. The happiest was Captain Rickover, who had the vision, constantly forced the program against the opposition and provided the technical judgment. to direct it in areas far beyond those before. known.

There followed a month of careful and precise increase in power level. Test operations took place night and day, seven days a week. Power was increased in small steps. What might happen on these increasing stages could only be a guess until the trial was over. Every man in the desert site knew the danger associated with every increase in power.

The first feasibility question to be answered in the affirmative was that of security. Mark I has proven to be a calm and stable machine and even when abused, as his inexperienced operators often treated him, showed no tendency to become an atomic bomb. There was no indication of dangerous overheating in the reactor fuel elements. The shield’s designers were surprised to find that the radiation levels were less than half of those they had calculated, indicating that the Nautilus could easily carry its radiation shield. As more physics data became available, the estimate of reactor life was significantly increased.

The major difficulty lay in the numerous safety circuits, each of which could cause the reactor to stop suddenly. These circuits were supposed to be extremely tender in their operation; they were, in fact, so sensitive that they posed a serious difficulty for operators. A submarine propulsion installation unable to operate without emergency stops in the event of sea movement and depth charge attack would not be satisfactory, but the Mark I had a constant plague of “scrams” from. causes as slight as the vibrations of a crew member walking through the reactor. compartment or lightning strike a Montana power line three hundred miles away.

As the crew gained operational experience and additional information regarding safety was obtained, the number of signals causing a “scram” was selectively reduced to less than twenty. By this means, and by intensive training of the crews, the problem was solved. As a result, the Nautilus experienced very few such difficulties.

On June 25, 1953, full rated power was reached. No part of the plant has indicated that it is not meeting strict specifications. Less than a month after the world’s first nuclear power plant produced electricity, Mark I was operating smoothly at maximum power. The only question that remained was whether the machine could withstand prolonged high power operation.

The operations crews began a forty-eight hour test at full power to obtain important physical information. After twenty-four hours, the data obtained seemed sufficient and the engineers intended to shut down the plant. Rickover, who was at the site, inadvertently learned of this plan and immediately canceled it. He had visualized that if the forty-eight hour race went well, they would have to continue on a simulated cruise across the Atlantic. He felt that such a dramatic feat, if successful, would end the Navy’s doubts that nuclear power was a feasible way to propel ships. This would give the project the momentum and space to continue development without constant harassment until the Nautilus can take to sea.

I was the senior naval officer at the site. I felt that extending the race was reckless given the many uncertainties, and told Rickover that beyond forty-eight hours I could not accept responsibility for the safety of the prototype. $ 30 million. Rickover asked me to continue the mock trip.

North Atlantic charts were displayed in the control room and a great circle route to Ireland was plotted. The position of the vessel after each four hour shift was calculated and marked on the chart. From quarter to quarter, the course traced in the control room crept towards Ireland. No submarine had traveled more than twenty miles diving at full speed. A propulsion unit, even for a surface ship, needs only four hours of steam at full power to gain acceptance for naval use.

Halfway through the Atlantic crossing, the operation seemed to be going well. As one of the Nautilus crew members standing guard in the hull condition, “She just sits there and cooks.” A seasoned marine engineer, familiar with the large amounts of fuel oil that would have been required to operate a vessel heretofore with a conventional propulsion system, pointed to the propeller shaft and then the engine and said: â€œSo many things stand out here. , and nothing fits up there! “

By the 60th hour, however, the difficulties began. Carbon dust from the brushes settling in the windings caused difficulties in vital generator sets. The nuclear instrumentation, functioning perfectly at the start of the test, became erratic and the crews could not be sure what was going on in the reactor core. One of the large pumps that kept the reactor cool by circulating water through it began to make an ominous, intermittent whine. We had no control over the accumulation of “crud”; we were concerned that the heat transfer would be so reduced that the core would burn. The most pressing problem, however, was caused by the failure at the sixty-fifth hour of a tube in the main condenser into which spent turbine steam was discharged. The steam pressure drops rapidly.

The Westinghouse manager responsible for plant operations strongly recommended that operations be discontinued. In Washington, the technical directors of the Naval Reactors Branch were so worried that he called a meeting of all his senior executives, who urged Rickover to end the test immediately. But the captain insisted that this continue until a dangerous situation developed. â€œIf the factory has such a serious limitation,â€ he said, â€œnow is the time to find out. I accept full responsibility for any casualties.â€ Rickover had twice been rejected by Navy Selection Boards for promotion to Rear Admiral. Following congressional action, he was due to appear within two weeks for an unprecedented third time. Had the Mark I been seriously damaged, Rickover’s prospects for promotion and his naval career were over.

The tensions surrounding the test increased the challenge for the crews, and as each quarter entered service it was resolved that it would not be responsible for the premature end of the race. Crew members worked hard to fix items that could be repaired while the plant was in operation.

Finally, the position indicator on the chart has reached Fastnet. A nuclear-powered submarine had, in fact, crossed the Atlantic at full power nonstop without surfacing. Upon inspection of the core and the main coolant pump, no “crud” or other defects were found that could not be corrected by minor improvements. It was ensured that the Nautilus could cross an ocean at full speed submerged.

A month after the production of nuclear power, the most skeptical of those who had participated in the STR project knew that atomic propulsion of ships was feasible, that it was only a matter of time before the technology developed for Mark I don’t bring about a revolution. in naval engineering, strategy and tactics. We also knew that industrial nuclear power could be built on the same technological bases. The Pressure Water Reactor at Shippingport, Pa., The world’s first industrial-only power reactor, was actually developed from the STR experiment under the leadership of Admiral Rickover.

For those of us who had been on the STR project, who knew how many risks had been taken, how far previous technical knowledge had been extrapolated, the fact that all the unknowns turned out in our favor was a humbling experience. Rickover, paraphrasing Pasteur, put it this way: â€œWe must have had a horseshoe around our necks. But then nature seems to want to work for those who work the hardest for themselves.

STR Mark I is now a flexible facility providing much of the experimental information for the Navy’s nuclear propulsion program, which today includes thirty-three submarines, a missile cruiser, and the world’s first powered aircraft carrier nuclear. It provides practical training for all the hundreds of officers and soldiers who will equip our nuclear fleet. The courage, will, judgment and ingenuity that went into STR Mark I made the American submarine Nautilus a remarkably successful enterprise in man’s long struggle with nature.

The story behind the first submarine to sink a warship